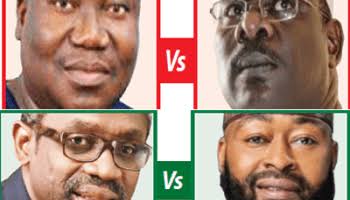 The struggle for the leadership of the two chambers of the National Assembly became heightened after the opposition Peoples Democratic Party (PDP) made a last minute devastating decision to support candidates for the Senate President and Speaker of the House of Representatives contrary to the candidates anointed by the ruling All Progressives Party (APC). National Daily learned that as the hours click closer for the Tuesday resumption of the ninth National Assembly, the tension rises in the ruling APC over the election of the party’s anointed candidates. Party sources revealed that the decision of the PDP to support candidates not sponsored by the ruling APC created fresh tension in the ruling party, and raised the stakes of lobby and overtures.

Sources disclosed that more dollars were rolled into the National Assembly within the last 24 hours to ensure the victory of the anointed candidates of the ruling party, former Senate Majority Leader Ahmad Lawan for Senate President and former House of Representatives Majority Leader, Femi Gbajabiamila.

Our party sources said that following the decision of the PDP to endorse Senator Ali Ndume for Senate President and Umar Mohammed Bags of for Speaker of House of Representatives for the Ninth National Assembly, the lobbying and bargaining stakes were increased by APC leaders. Monetary inducement was said to be doubled to influence the independent decision of individual lawmaker. It was alleged that where $100,000 was formally offered, the lobbyists doubled the amount to $200,000, while some of the targets are promised ‘juicy’ committee appointments in either of the two chambers.

The mix-up in the APC was further deepened by the inability of the party leaders to reach a consensus that satisfies the expectations of all party members on the zoning of the deputy senate president which APC allocated to Senator Omo-Agege.

The power sharing in the APC creates internal frictions from the restriction of such decision to the legacy parties that formed the party. The senate president is being given to the ANPP legacy faction of APC, the Speaker to the ACN bloc, while the nPDP is left with nothing. However, the CPC holds the president while the CAN holds the vice president and asking for more in the contest for the Speaker of the House.

PDP National Secretary, Senator Umar Ibrahim Tsauri, had declared after the party’s meeting: “This decision is in the best interest of the nation, in line with our party’s determination to deepen democracy, ensure a strong and independent legislature, strict compliance with the principle of separation of powers as well as constitutional checks and balances in the polity.

“All senators and members-elect on the platform of the PDP are to be guided accordingly.”

The Ninth National Assembly will be inaugurated this Tuesday in Abuja. 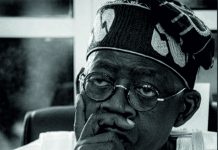