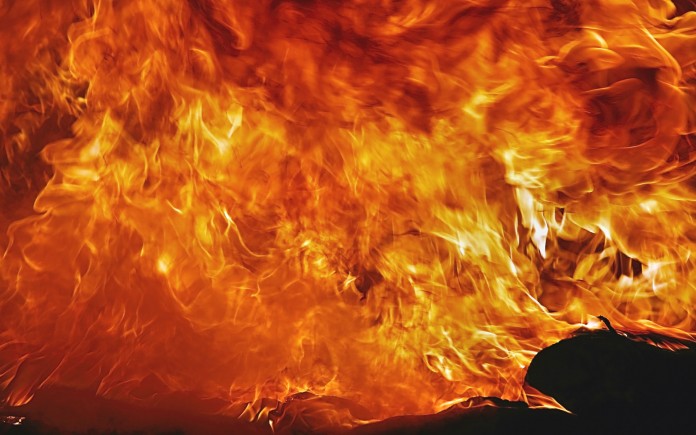 Two children of the same parents lost their lives in a fire incident which took place in the Command area of Lagos on Wednesday.

The three-room bungalow where the dead victims were trapped went up in flames when the occupants were asleep, though the cause of the fire could not be ascertained by the Lagos Fires Services authorities.

Raraq Fadipe, the chief fireman, said the neighbours were hostile so they would not volunteer information. The hostility may have stemmed from the perceived ineffectiveness of the first responders to arrive the scene on time.

Although the neighbours were said to have made efforts in putting out the fire, the building, acording to Rasaq, was fully aflame at the time the fire fighters got to the scene.

They were only able to bring out the burnt remains of the two children.

No fewer than 78 people lost their lives and assets worth N16.3 billion devoured in 1,356 fires in Lagos in 2015, according to the fire services authorities.