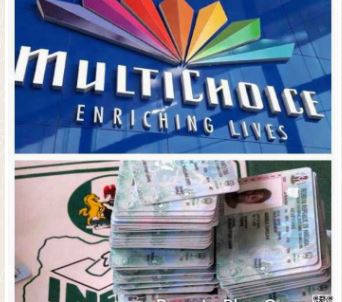 Share this on WhatsApp
Spread the love
Leading entertainment service provider, MultiChoice Nigeria, has thrown its weight behind the Independent National Electoral Commission’s (INEC) nationwide Permanent Voter’s Card (PVC) collection drive.The PVC, which is part of the electoral umpire’s measures to improve the credibility of the electoral process through identity theft elimination, is a prerequisite for participation in the coming general elections.

MultiChoice Nigeria’s support is in the shape of regular and free broadcast of INEC’s messages on PVC collection by registered eligible voters on channels on its DStv and GOtv platforms. The broadcast will, in particular, be targeted at youth, overwhelmingly the country’s biggest voting demographic category, through DStv channel 198 and GOtv channel 29.

The two channels are dedicated to the round-the-clock broadcast of BB Titans, this year’s edition of the Big Brother television reality show, which launched yesterday and is mostly watched by the youth.

INEC has also called on registered voters across the country who are yet to collect their PVCs, those who have requested for the transfer of their registration and those seeking to replace their lost or damaged PVCs to visit the electoral body’s offices in the local government areas they intend to vote to collect their PVCs.

The process, which began on 12 December, 2022, and runs between 9am and 3pm from Monday through Sunday, will terminate on 22 January.

The electoral umpire also announced that it will extend PVC collection to the ward level where those who are unable to collect at its council offices can pick up their voter’s cards from 6 to 15 January, after which it will revert to its council offices till the terminal date of 22 January.

Explaining the decision to support for INEC’s PVC collection campaign, Mr. John Ugbe, Chief Executive Officer, MultiChoice Nigeria, said the company is committed to Nigeria’s democratic development, especially the credibility of electoral processes and procedures. These, he added, can only be accelerated through mass participation, especially by the youth, and begins with the possession of valid means of voting, which is the PVC.

“As a Nigerian company, we are invested in the country’s democratic advancement through mass participation and high-fidelity electoral procedures and process, the reason we are backing INEC’s PVC collection drive.

“Our support, in particular, is aimed at getting Nigerians to participate in the elections and this begins with the possession of a PVC, which is the sole eligibility criterion,” said Ugbe.

According to the time table released by INEC, the general elections will kick off on 25 February with the presidential and National Assembly elections and end on 11 March with the conduct of the governorship elections and those into states houses of assembly.

Police confirm kidnap of 5 in Katsina