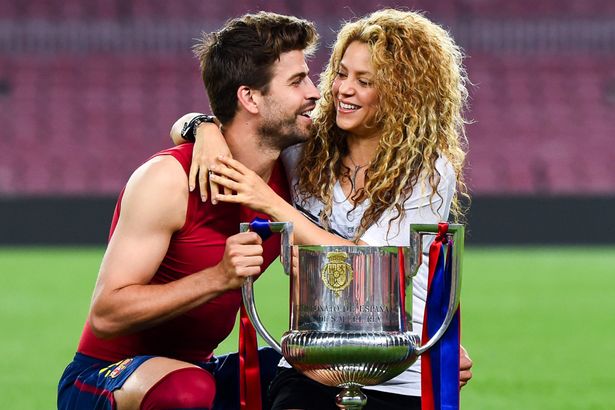 Share this on WhatsApp
Spread the love
By Boluwatife Ezekiel Olaleye
Barcelona defender Gerard Pique is rumoured to be on the verge of breaking up with his singer partner Shakira but it seems they have both denied those rumours.
His high-profile relationship with the pop star Shakira had been scrutinuzed as it has been months without the pair being seen together in public.
They were last seen publicly together at Lionel Messi’s wedding to Antonella Roccuzzo in early July.
The couple do not seem to be separating according to Shakira.
ALSO SEE: Aishah Ahmad: Controversies trail appointment at CBN
Rumours of a ‘split’ has now been denied by the the Hips Don’t Lie singer through a statement she issued to HOLA magazine via her publicist.
It reads: “Shakira and Gerard Piqué’s relationship is still going strong. Everything is the same.”
It added that claims of a split were “only rumors ” from people “who want to harm Pique.”
The defender appeared to confirm their six-year-old relationship by replying to Shakira’s tweet with a series of star struck emoji’s.
The two met before the 2010 World Cup and have been together since. They have two children Milan and Sasha.
Share this on WhatsApp