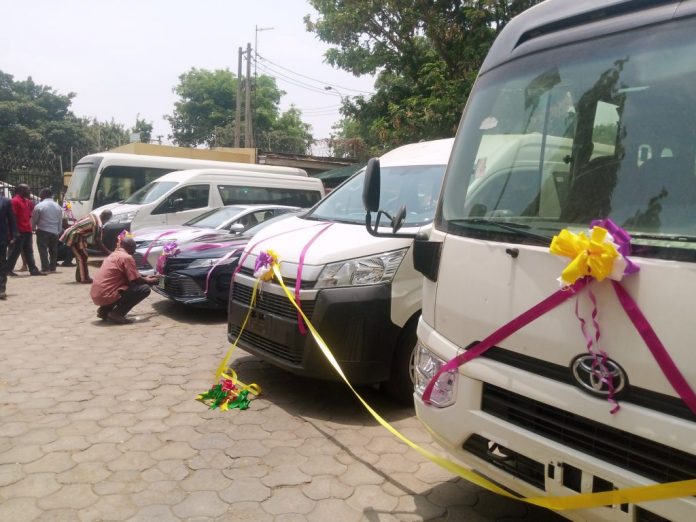 NAFDAC to use new devices to check substandard drugs -Adeyeye.

Adeyeye said this in Abuja on Thursday while fielding questions from newsmen at the unveiling of 73 new vehicles procured to aid the operation of the agency.

She said that NAFDAC staff members were already working on uploading tools on laptops that would be used as devices to check unwholesome and substandard medicine.

“This devices cost 57, 000 dollars each and we have 40 of them; it will be used to check the standard even if it is tablet or capsule, it will show whether it is fake or not.

“It will go further to show the quantity of the medicine, as we plan towards attaining maturity level-four; this is part of what the World Health Organisation (WHO) wants to see that we have put in place.

“We will also be doing track attrite, another device to track unwholesome medicine and other products, this is highly technical,” she explained.

The NAFDAC boss added that the agency was doing everything within its power to check for unwholesome medicine.

On fake drugs, Adeyeye debunked the rumour that 70 per cent of medicines found in Nigeria were fake, saying “this is complete lie from the pit of hell’’.

She said that if at all there were fake medicines in circulation, it should not be more than 13 to 15 per cent.

She said that it would take over one year to attain Certification of Maturity grade level-four, as it required the agency to also put many other things in place.

According to her, the agency has put so many things in shape before the Certification of Maturity grade level-three was recently granted to the agency.

She said that the agency was working to complete its new vaccine building as part of the criteria to achieve maturity grade level-four certification.

“Now that Nigeria is a potential vaccine manufacturing country, the WHO expects a lot in term of regulations to enable the country meet up with maturity grade level-four certification,’’ she said.

On equipment, Adeyeye said that since assuming duty as the director-general, she had procured 143 vehicles to aid the agency’s operation and more would be purchase.

She expressed the hope that every staff of the agency would work in a conducive environment with adequate equipment to ensure productivity.

Mr Yusuf Suleiman, Chairman, NAFDAC Board of Trustee said that more offices are under construction to enable the agency move from analogue to digital.

Suleiman, represented by Dr Yahaya Bolaji, a board member said that the board would ensure the welfare of the staff.