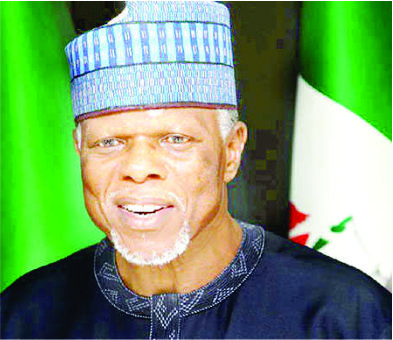 Share this on WhatsApp
Spread the love
The National Association of Government Approved Freight Forwarders (NAGAFF) has urged stakeholders in the port industry to collaborate with the Federal Government to eliminate corruption in the system.
The founder of NAGAFF, Chief Boniface Aniebonam, made the plea in an interactive session with newsmen in Lagos on Thursday.
He commended the efforts of the Comptroller-General of Nigeria Customs Service (NCS), Hameed Ali, in enforcing zero tolerance on corrupt practices.
Aniebonam said the comptroller-general was carrying out President Muhammadu Buhari’s instruction that corruption should be eradicated at all levels to make Nigeria attractive to foreign investors.
“If corruption is eradicated in all aspects of our operations, people will begin to do things right and it will also launder Nigeria’s image among other nations.
“The freight forwarders are also supporting the comptroller-general of customs in his mandate of stopping corruption and enhancing government’s revenue, “ Aniebonam said.
He said some freight forwarders, operating at the Tin-Can Island Port, were experiencing delays in clearing their cargoes.
Aniebonam said this had to do with the problem encountered in re-routing of cargo.
He said this had been delaying seamless operation at the port.
Also, the President of NAGAFF, Chief Eugene Nweke, said the Anti- Corruption Unit of the association was vested with the power of whistle-blowing– so as to expose all forms of corrupt practices in the industry.
The Chairman, Anti-Corruption Unit of NAGAFF, Mr Increase Uche, said the top hierarchy of NAGAFF had met the Customs Area Controller of Tin-Can port, Comptroller Zakari Jibrin.
He said the meeting discussed challenges the members were having with regard to cargo clearance.
“We met with Comptroller Jibrin and he promised that he will call a stakeholders’ meeting where he would meet all clearing agents and freight forwarders to discuss issues bordering them.
“I am trying to meet practitioners to agree on a day, which will be slated for next week, before going for the Christmas holiday,’’ Uche said.
Share this on WhatsApp
Related Topics:corruptionCustomFGNAGAFFNCSPort
Up Next