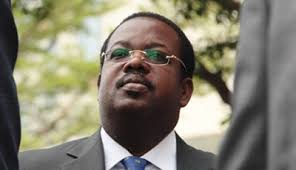 The outgoing Group Managing Director of FirstBank Limited, Mr. OlabisiOnasanya has said that the politicization of the naira must be jettisoned if the country is really serious about developing its economy.

Onasanya, who spoke at a valedictory lecture organised for him by the Chartered Institute of Bankers of Nigeria (CIBN) in Lagos said, “It gives politicians an incentive to wage war against reality by doing things that are economically harmful in the name of retaining a strong currency. Nigeria wants to have a high oil prices and spend without saving. It then wants to keep its exchange rates stable even when revenues have collapsed dramatically. It is not possible to have all these things at the same time.”

According to him, the recent monetary policy adjustment by Central Bank of Nigeria is not really going to help reflate the economy and attract foreign direct investments.

“The monetary policy rate is neither low enough to cause the fundamental change in production and consumption nor do we have appropriate macro-economic structures for high interest rates to attract and retain huge portfolio investments. As long as interest rates continue to move a little to the right and a little to the left, the fundamental changes desired in restructuring the economy, would continue to be delayed”, the FirstBank boss said.

He added: “On the other hand, if it is foreign investment portfolio we what to attract, interest rates would need to kept consistently high and the free flow of capital has to be maintained and sustained to achieve this. We need to decide which of the two sides we want to choose. That would require considerable adjustment with the value of the naira and the shift to increase the dependence of local input in the industrial sector in order to deal with the fallout of exchange rate.”

Reacting to the current naira exchange rate at the black market and international calls for the devaluation of the naira, Onasanya said the CBN’s decision should be respected.” The resounding support for this policy from the highest organs of Government has technically made this subject almost a no-go area in terms of debate”

The CBN at its last monetary policy committee meeting cut the monetary policy rate (MPR) to 11 per cent and also reduced the cash reserve requirement to 20 per cent, from 25 per cent.