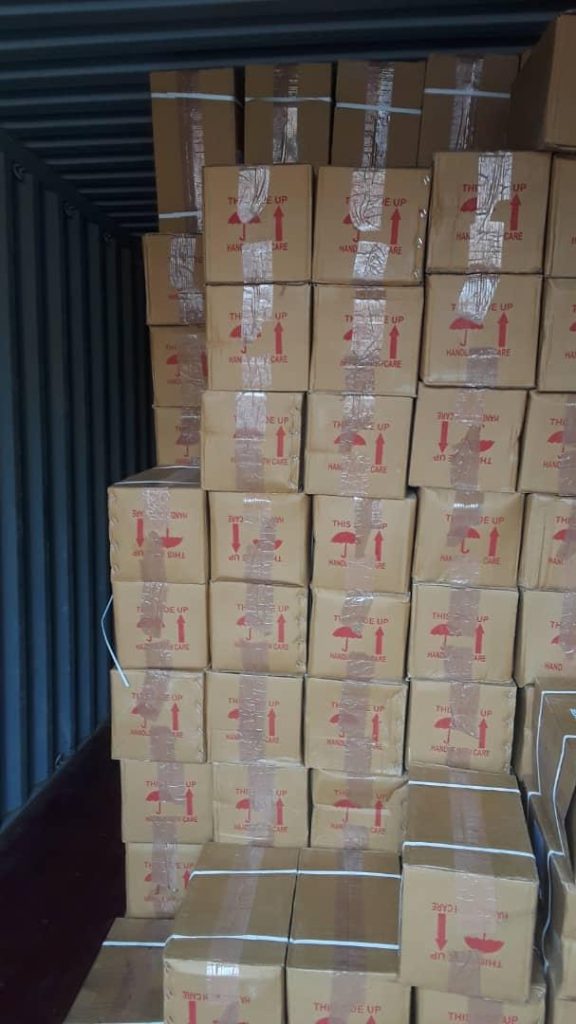 NDLEA intercepts 40, 250kg of Codeine worth N2bn in Lagos port.

This is contained in a statement by the Director Media and Advocacy, NDLEA, Mr Femi Babafemi, on Thursday in Abuja.

The agency said that the seizure is coming barely a week after operatives of the agency, seized 14,080kg of Codeine based syrup at the Apapa seaport, Lagos.

The NDLEA said that the drug bust came on the heels of a similar seizure of 14,080kg codeine syrup and 4,352.43kg cold caps.

The agency said the drugs were concealed in a 40ft container imported from India, Feb. 2 at the Apapa port.

The NDLEA also said both seizures followed intelligence from foreign partners and cooperation of other port stakeholders such as Customs, Department of State Security Service, Navy and others.

The latest consignments intercepted on Feb. 8, the agency said, were brought into the country in two containers marked HLBU 2239792 with 1,125 cartons of the drug.

The consignments, the NDLEA said, were seized at the Port Express Bonded Terminal, Berger-Apapa, after they were discovered concealed behind cartons of ”hypergra” 200mg and deluxe chilly cutters.