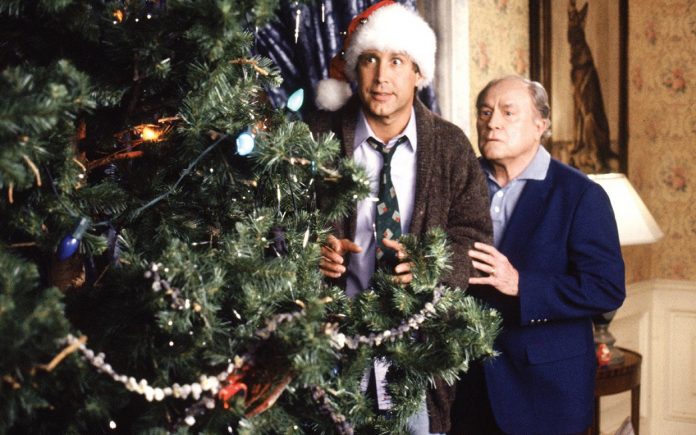 Get in on the Festive Cheer! December  is packed with titles that will have you enjoying the festivities with so much movie options to binge on, from  A Naija Christmas, the story of a mother’s Christmas wish and the grand prize that comes with it which sets off a fierce competition between her sons, to…

December  is packed with titles that will have you enjoying the festivities with so much movie options to binge on, from  A Naija Christmas, the story of a mother’s Christmas wish and the grand prize that comes with it which sets off a fierce competition between her sons, to the action in the final saga of Money Heist  and the drama as Emily finds her footing in Paris  in the all new season of Emily in Paris. Catch these and many more shows this December, only on Netflix.

A mother’s Christmas wish — and the grand prize that comes with it — sets off a fierce competition between her sons.

In an epic final season, the Robinsons’ survival instincts kick into hyperdrive as they race to reunite and protect Alpha Centauri from a robot invasion

The epic series of monsters, magic and fate returns for a second season.

More fun. More fashion. More faux pas. As Emily finds her footing in Paris, the fallout from a night of passion could send her stumbling into trouble.

During a perilous 24-hour mission on the moon, space explorers try to retrieve samples from an abandoned research facility steeped in classified secrets.

In this reality series, complete strangers meet and receive a diary holding the script to their very own love story. Will true romance follow?

Seeking revenge on the girl she blames for her brother’s death, a 19-year-old waitress infiltrates the glitzy world of a group of wealthy teens.

Charismatic rancher Phil Burbank inspires fear and awe in those around him. When his brother brings home a new wife and her son, Phil torments them until he finds himself exposed to the possibility of love.

When an aspiring author and his free-spirited sister both fall for the enigmatic paying guest at their home, ensuing events rock their traditional family.

In 1999, 12-year-old Beverly discovers a broken mixtape made by her late parents. She sets out to find the songs — and learn more about her mom and dad.

Released from prison into a society that won’t forgive her, a woman convicted of murder searches for the little sister she was forced to leave behind.

In 1980s Naples, young Fabietto pursues his love for football as family tragedy strikes, shaping his uncertain but promising future as a filmmaker.

Two astronomers go on a media tour to warn humankind of a planet-killing comet hurtling toward Earth. The response from a distracted world: Meh.

After breaking up with her dreamboat, Marta finds love with an artist. But life throws a few twists into the mix for the ailing woman and her friends.

Barbie’s younger sister Chelsea is trying to celebrate her 7th birthday but her birthday is skipped due to the international date line.

During the Syrian civil war, members of the volunteer group White Helmets work to rescue survivors and offer aid to the wounded after military strikes

Upon learning his estranged son (Kiichi Nakai) has cancer, a Japanese fisherman (Ken Takakura) travels to Tokyo to see him. Though his son rejects him, the fisherman decides to finish the dying man’s project: capturing a famous Chinese opera star’s performance on film. However, the singer cannot perform, for he is too grief-stricken at his separation from his illegitimate son. The fisherman decides to reunite the singer and the child and sets out to find him.

Julianne is shocked when she learns that her best friend Michael is soon getting married. Overcome with a surge of mixed emotions, she makes up her mind to sabotage his wedding and make him her own.