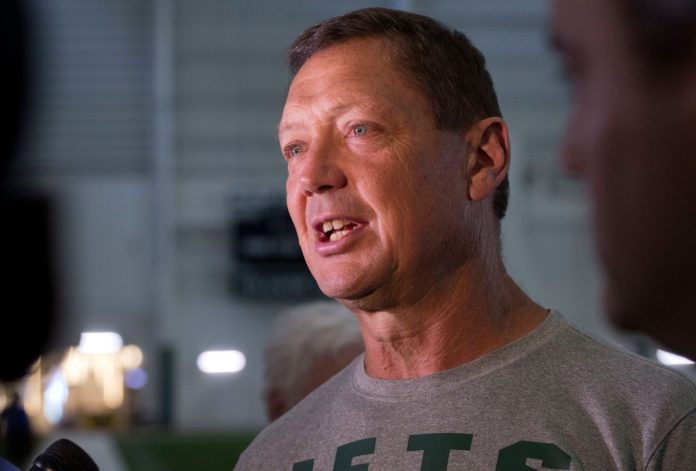 Sixty-three -year-old Rick Dennison, who won the Super Bowl three times as a coach with the Denver Broncos, where he also spent his entire playing career, has ended his two-season spell as the MinnesotaVikings’ offensive line coach and run game coordinator because he chose not to take the treatment, according to ESPN sources.

Recall that in a ruling announced this summer, NFL bosses have ordered all staff at the designated ‘Tier 1’ elite coaching level of the sport to provide a valid religious or medical reason for not being vaccinated.

Coaches who lose top-tier status cannot be on the field, in meeting rooms or have direct interactions with players, leading to assistant offensive line Coach Phil Rauscher filling Dennison’s position, the report claimed.

The Vikings are due to hold their first training camp practice on Wednesday, when Dennison’s 39 years in the senior sport were expected to be important in helping rookie boss Klint Kubiak, a 34-year-old promoted to the role his father, Gary, had previously held.

Dennison had spent decades working with Kubiak, a senior at the Broncos, Houston Texans and Baltimore Ravens.

As of Friday afternoon local time, the Vikings had neither publicly responded to the report nor made any statement on their official platforms about the coach who helped running back Dalvin Cook to a monster season in 2020.

Cook became the first Minnesota player to rush for at least 1,500 yards and 15 touchdowns in a single season, accounting for almost a third of the Vikings’ scrimmage yards and giving the 25-year-old the second-highest rate in the NFL.

Fans were divided as the report spread that Dennison had become the first NFL coach to lose their job after refusing to be vaccinated, with many rowing about whether the measure would be a breach of rights and others claiming the veteran had been free to make a choice the team may not have agreed with.