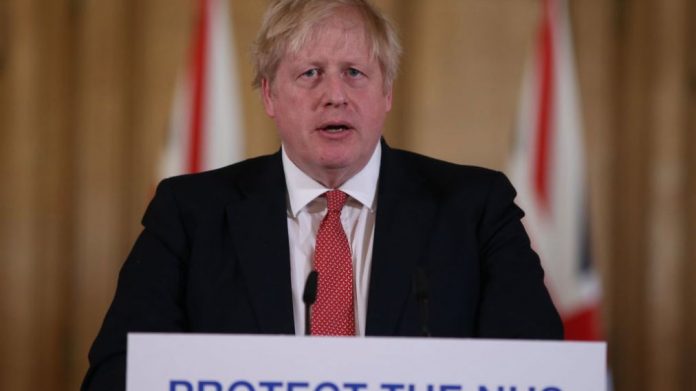 The Prime Minister of Britain, Boris Johnson, is on war path with the House of Commons over his ambition to impose vaccine passports on British citizens and residents of the country.

Johnson had stoked the fire on Monday when he revealed that he would alter the law to compel people to show evidence of two doses of a Covid vaccine before gaining entrance into night clubs, including “other venues where large crowds gather”.

Johnson is already having strong opposition from the House even before the presentation of the bill for passage by the parliament.

Unfortunately, what the British Prime Minister is intending to impose in British citizens and residents is coming at a time that global statistics show that death figures from the coronavirus infection had declined over time. Even the World Health Organisation (WHO) also admitted that coronavirus deaths have not been recorded in several countries across the world for a long period despite claims of a third wave.

More so, experts have argued that coronavirus vaccines are not safe for humans. Some experts even said that the coronavirus vaccines have devastatingly altered the DNAs of people who have received the jabs; adding that those altered DNAs would begin to die after two years.

While contesting the votes in the Commons and the Lords, Labour and the Liberal Democrats are already opposed to the proposal.

One of the Labour Party lawmakers argued that compelling people to present proof of Covid jabs for “everyday access” to venues was “costly, open to fraud, and impractical”.

It was gathered that “at least 42 Conservative MPs [out of the 80 seats] have already signed a petition opposed to Covid certification being used for “general services, businesses or jobs”.

The British Prime Minister anticipates that everyone above 18 years would receive two doses of coronavirus vaccine under government plans at the end of September this year.

The British PM may be working contrary to earlier scientific claims that younger people have stronger immunity from coronavirus infection at the peak period of the pandemic than older people. Earlier claims of coronavirus deaths indicated that the aged were the most victims and vulnerable.

Johnson targeting the 18 years and above bracket coronavirus vaccines jabs while the global higher risk age was put at 50 years upward, may be a target to make the future more vulnerable to untimely deaths and shorter life longevity.

Johnson had stated that he is committed to driving up vaccine uptake among the young, with concern growing among Whitehall at signs of a drop-off in jabs.

The British prime minister could not establish the certainty of the efficacy of the coronavirus vaccines in either prevention of infection or re occurrence. There have been reported cases of death in most countries after the vaccine jabs. In some other instances, the reactions were identified to be counter-productive, making many believe that the vaccines are becoming more dangerous than the virus, itself.

The Labour representative had declared: “We need to see the detail of what the Government puts forward regarding vaccine passports. We oppose the use of Covid vaccination status for everyday access to venues and services. It’s costly, open to fraud and is impractical.

“Being double jabbed doesn’t prove you aren’t carrying the virus. Testing for access to venues would be more efficient and would give people and businesses more certainty.”

The opposition may be making stronger case as most citizens have questioned the veracity of the coronavirus from the beginning and the overzealous ambitions of governments and massive commitment of public funds across the world. According to a concerned citizen: “coronavirus is so deadly, yet people have to undergo test before they can detect they have been infested by the virus.

“Coronavirus vaccines are so necessary, yet governments have to force citizens to take them.”

Their argument was that the virus should be strong enough to show its symptoms once a person is infested, people need not to be coronavirus carriers yet have to undergo test before detecting the infection.

There were earlier protests in Britain of the proposed vaccines passports of Prime Minister Johnson. Similar protests later spread to France and other parts of Europe where the policy is construed as abuse of medical rights of citizens and fundamental human freedoms.