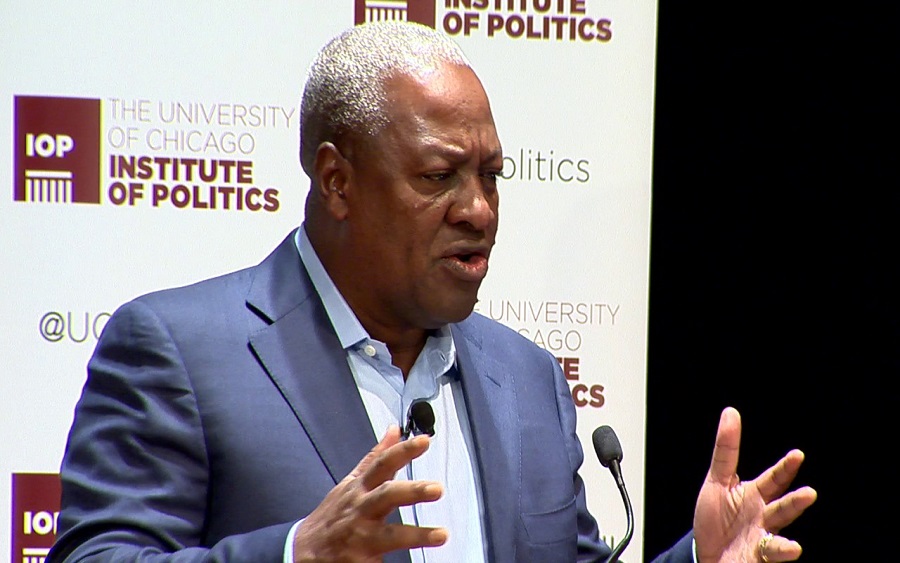 Former President of Ghana, John Mahama, says for economic activities to resume in West Africa, Nigeria needs to reconsider its decision on the total border closure, saying that Ghana has been heavily affected by the closure of the borders.

He made this plea while delivering the seventh-anniversary lecture of investiture into The Realnews Hall of Fame and the unveiling of a book, titled: Pathways to Political and Economic Development of Africa.

According to the former president, the closure of the borders, especially the Benin border, was affecting many small and medium businesses, especially in Togo, Ghana and Cote D’Ivoire, which relied on inter-country trade.

“I am sure that businesses in Nigeria that rely on supplies from these countries are also suffering. With the signing of the joint border task force agreement between Nigeria and her neighbours, I will like to take this opportunity to appeal to Nigeria to open up her border so that economic activities can resume,” Mahama said.

While reacting to the shutdown of shops owned by Nigerians by the Ghana Union of Traders’ Association (GUTA) as retaliation to the border closure, Mahama said,

“Back home in Ghana, I also look forward to our government’s intervention that brings an immediate cessation to the forceful and illegal closure of shops of foreigners, especially Nigerians, by members of the local trade associations.”

Mahama who is a former Chairman of the Economic Community of West Africa States (ECOWAS) spoke on how he still has an abiding interest in the progress of ECOWAS and its people. In this light, he said that Nigeria being the home of ECOWAS and the largest economy in West Africa should not allow the objective principles for the establishment of ECOWAS to be lost.

Edoumiekumo, who was also present at the lecture, said President Buhari should remain firm in his resolve to ensure economic growth and the country’s development as the border closure would generate more revenue for the nation and tackle smuggling.