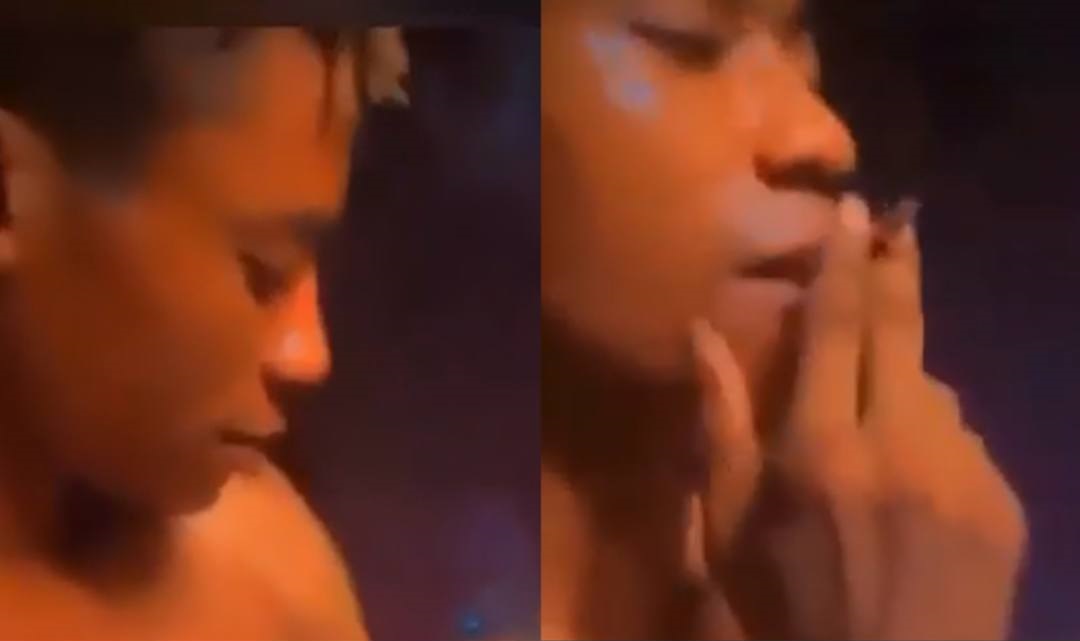 The Nigerian Police Force (NPF) has reacted to a viral video of a yet-to-be-identified man giving a substance he was smOking to a toddler.

NPF’s spokesperson, Prince Olumuyiwa Adejobi, in a tweet on Tuesday, January 10, said the Police needed more information about the culprit, vowing that he must be made to face the wrath of the law.

In the viral video, the young man was seen sm%king the unknown substance while carrying the baby and occasionally put the substance in the baby’s mouth.

The video was recorded by a lady who could be heard laughing on the background.