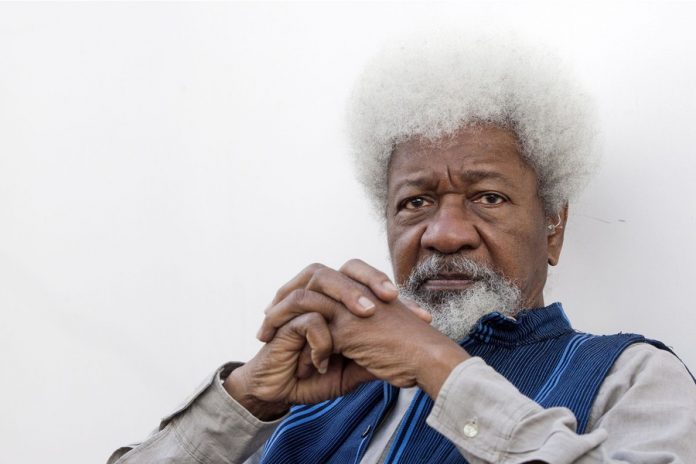 Nigeria’s playwright, Professor Wole Soyinka, says President Muhammadu Buhari did not really win the 2015 election, but rather won by default because it was impossible to continue with the Jonathan administration.

Speaking on the on Hard Talk, a BBC programme, which was anchored by Zeinab Badawi, the Nobel laureate who described the 2019 general elections as the most depressing Nigeria ever had, said that Nigerians had a very difficult choice.

He explained that Buhari did not win the 2015 election on the basis that he was attractive to the people, but because Nigerians never wanted to have former President Goodluck Jonathan continue in office as their leader.

“General Buhari didn’t really win the first election, he won by default. It was impossible to continue with Jonathan (back in 2015).”

Soyinka added, “The fact that Nigerians have shown the military what a huge failure they were makes it possible for one to identify the possibility of exceptions when they seem to behave like democrats.

“But in any case, I kept emphasising that Nigerians had a very difficult choice and as I said, it was between the devil and the deep blue sea.”

When also asked to air his view about the recently concluded 2019 general elections, Soyinka said, “The 2019 election is one of the most depressing elections we’ve been through. Talking for myself, it wasn’t possible for me to make a choice for the simple reason that both candidates (President Muhammadu Buhari and Atiku Abubakar) had histories – one immediate, one past – which made one look for alternatives.”

On why he referred to Buhari in 2015 as a born again democrat, he said, “When somebody competes in an election three, four times and persists, he must believe in democracy.”

Soyinka also accepted that his generation has failed the country by not being able to realise dreams and aspirations of making it a world standard.

“I compare today with dreams and aspirations we had when we all rushed home after studies abroad. We considered ourselves the renaissance people that were going to lift the continent to world standards, competitors anywhere. It hasn’t happened.”