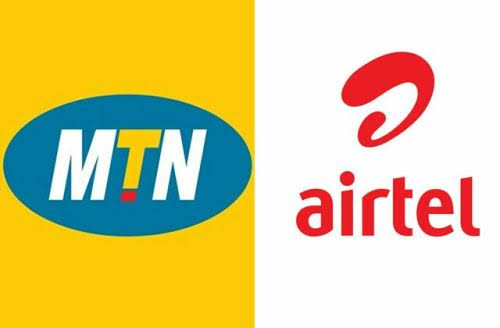 If the federal government should go with the directives that telecom operators blocked any subscriber whose SIM cards is not linked to the National Identity Number (NIN), telecom giants, including MTN Nigeria, Glo, Airtel and 9mobile stands to lose N1.96 trillion in daily revenues, National Daily has gathered.

According to a telecom expert, Muyiwa Asaye of Ideal technologies Ltd, in 2019, GSM providers made N1.96 trillion in revenues from 184 million active lines, translating to an average of N5.3 billion earned per day.

“Therefore, even if we suppose that the most valuable customers all have NINs, the industry stands to lose over N1bn million in revenues every day from blocking 153.38 million SIM cards. Under the worst-case scenario, the daily losses could be as high as N1.16 billion. It would be unthinkable to deal such a devastating blow to a sector that currently constitutes 11.2 per cent of Nigeria’s gross domestic product (GDP), especially during an economic recession.”

He said the socio-economic implications are also significant, “once we consider the knock-on effect of locking out millions of Nigerians from mobile communication and internet access, the costs are beyond any possible benefit of the policy. This would affect everything from logistics to agriculture and financial inclusion,” he added.

It can be recalled that the Federal Government had on December 15, 2020, directed the telecom operators to block subscribers who had not registered their SIMs with valid NINs by December 30, 2020.

Following a public outcry against the earlier announcement, the Federal Government extended the December 30, 2020 deadline to January 19, 2021, and also gave 6 weeks extension for subscribers without NIN from December 30, 2020 to February 9, 2021.

According to a date released by the Nigerian Communications Commission, the total number of telecom subscribers in Nigeria grew by 6.32 per cent to 196.38 million in the first half of 2020.

A breakdown shows that industry leader, MTN Nigeria, accounts for the highest number of mobile subscribers with 78.75, Globacom follows on the log with 52.57 million from 51.86 million subscribers as at the end of March.

Airtel was not left behind as it rallied in its subscriber base with a rise of 2.28 per cent to 52.46 million from the initial 51.29 million in March, while Emerging markets Telecommunication Services (EMTS) has 12.11 million subscribers.

Similarly, internet subscribers in the country, according to latest statistics from the Nigerian Communications Commission stands at 143.6 million in the third quarter of 2020.

MTN held the highest internet market share with 42 per cent. The total number of active internet subscribers for MTN is 64.35 million.

According to the Chairman of the Association of Licensed Telecommunications Operators of Nigeria (ALTON), Gbenga Adebayo, from the close to 200 million subscribers, telecom firms, including MTN, Glo, Airtel and 9mobile have submitted about 43 million subscribers who have applied to link their SIMs cards with the NIN, leaving a staggering 153.38 subscribers outside the loop.

On whether the government would block the SIMs of subscribers who don’t yet have their SIMs registered despite submitting their NINs to their service providers, the ALTON chairman said such SIMs would not be blocked.

While many Nigerians have for a further deadline extension or outright suspension of the NIN registration process due to the large crowds who are yet to have their NINs amid the risk of contracting Covid-19, the federal government is yet to come with any official statement.