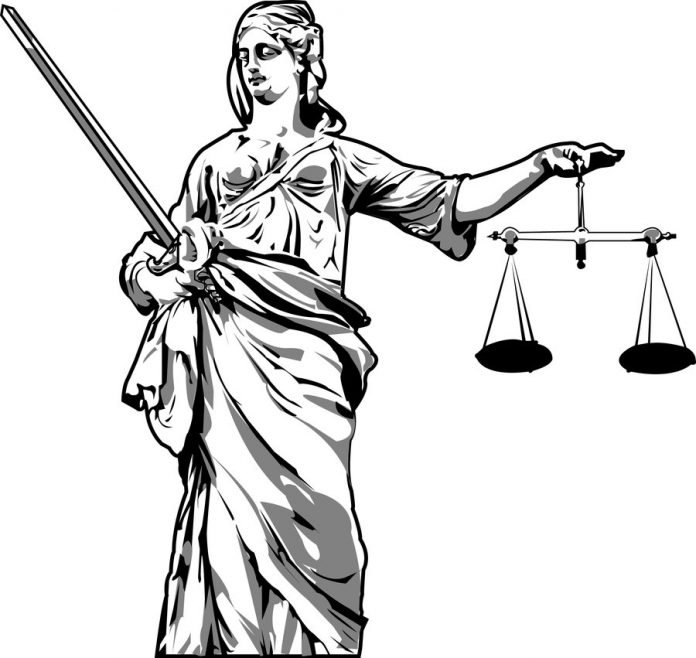 The judiciary being the last hope of the common man is a proven necessity. For most Nigerians living in a country where impunity is the order of the day, the judiciary really needs to live up to this maxim. But it is a tall order as this arm of government is expected by all to keep above board, no matter what is happening in the polity. More importantly, the institution has to be totally insulated from politics and corruption. Ensuring this is the reason for establishing the Nigerian Judiciary Council (NJC) in the first place.

To place it in perspective, the NJC is empowered by Part 1 of the 3rd Schedule to the Constitution of the Federal Republic of Nigeria, 1999 (as amended), to handle the complaints made against judges and all other categories of judicial officers and disciplining them. Saddling the NJC with a function of such delicate nature places it under public scrutiny all the time and informed observers, for veritable reasons, do not also want the body to be enmeshed in what could make the faith the people have in it be shaken.

The NJC once came into public odium in the recent time with the case between a former Chief Justice of Nigeria (CJN), Justice Aloysius Katsina-Alu and a former President of the Court of Appeal (PCA), Justice Ayo Isa Salami, when the two were rutted against each other to the chagrin of the Nigerians public. Many could not come to terms with the decision of Salami to reject his elevation to the Supreme Court, what ordinarily was a promotion. From the reactions of Salami nonetheless, many soon leant the promotion was but a Greek gift. Thus it became a dance of the absurd when Salami went to the High Court to depose to an affidavit in which he accused Katsina-Alu of interference in the judgment of the Appeal Panel in the Sokoto State Gubernatorial Election. Expectedly, the NJC waded into that embarrassing situation between the two most ranking judicial officers and prevailed on Justice Salami to withdraw the Court Case with a promise to resolve the matter amicably.

What the NJC did next however had many tongues wagging; after its investigations, it shockingly returned a verdict of indictment against Salami for the same affidavit, which the Council had prevailed on him to withdraw and added that Salami lied on oath against Katsina-Alu. The Council did not stop there; it asked Salami to apologize to Katsina- Alu and the NJC. Salami said over his dead body and returned to the trenches against Katsina-Alu and added NJC as well to his foes by instituting a fresh court case against both.

The NJC moved swiftly ahead of Salami and recommended his compulsory retirement to the President who promptly obliged. Though the matter is still pending before the court for determination, Salami’s retirement age has caught up with it in the ensuing corrosion of time and he may no longer return to office even if he wins. So, head or tail, NJC and former CJN Katsina-Alu won and therein lays the danger that may imperil the judiciary, the so-called last hope of the common man.

Another acid test is afoot: the case, which appears to be headed the Salami way, is the Motion Exparte of Justice Gladys Olotu against the NJC before Justice Ademola Adeniyi of Abuja High Court seeking Order Certiorari for Judicial Review of her suspension and subsequent retirement. The Court has granted her leave to pursue the matter. President Goodluck Jonathan, Chief Justice of Nigeria and the Attorney General of the Federation were all joined.

Presumably keeping in line also with its extant powers to hear complaints and see to the disciplining of judges, the NJC set up two investigative panels to look into the complaints against Justice Gladys Kpenikpe Olotu and Justice U. J. Inyang, both of Abuja High Court. Justice Inyang appears to have let go but Olotu, like Justice Salami, may be headed for a showdown with the NJC if the latter does thread softly on matters of law, whereupon it based its recommendation of compulsory retirement against her.

Justice Gladys Olotu and U. J. Inyang were recommended by NJC to President Goodluck Jonathan for compulsory retirement on grounds of gross misconduct. In the case of Olotu, the NJC said she was recommended for compulsory retirement in line with the findings of the Investigative Panel set up by the council on the allegations contained in the petitions against her. The two real allegations are: 1) Justice Olotu failed to deliver judgment for 18 months in a certain case after the final address by all the counsels in the suit had been entered into, as against the constitutional provision that judgments should be delivered within a period of 90 days.

Justice Olotu however while appearing before the 3-man Investigative Panel, graphically showed why the provision could not hold out in her own case. She had started the case in Uyo Division of the Federal High Court and later was transferred to Port Harcourt Division where the Court case was later also transferred and concluded by her. But before she could deliver judgment, she was again transferred to the Abuja Division and by rule, she was not supposed to carry the Case File with her. Though it was one of the allegations against her, contrary to the claim, she left the case file in Port Harcourt as expected. And for her to still deliver judgment on the matter, a Fiat was needed from the Abuja Chief Judge, which was eventually issued. This however took time, which was not her making and she holds she ought not to be held accountable.

The second contentious issue was that Justice Olotu entertained a post-judgment matter in Port Harcourt after delivering judgment, which made her functus officio. Justice Olotu explained and argued that the issue totally bordered on Garnishee Proceedings and therefore perfectly in order. Olotu states that Garnishee Proceedings in law allow a party that won in a case to process part or whole of his/their claims where the losing party has filed stay of execution. Despite explanations, NJC still went ahead to recommend her for compulsory retirement. Justice Olotu now seeks the intervention of a common superior – the Courts.

If indeed the delay in delivering judgment was caused by her transfer and other intervening variables that were outside her control and official time, setting that aspect aside in the court is trite. The tricky one may be the Garnishee Proceedings where she argues that the allegations made against her in this regard are issues to be decided by the Appeal Court and not the NJC. On this too, Justice Olotu cited decided cases to show that a judgment creditor can apply for Garnishee Order Nisi to enforce the judgment entered in his favour. One of the cases said that garnishee proceedings are separate proceedings between the judgment creditor and the person or body, who has custody of the assets of the judgment debtor even though it flows from the judgment that pronounced the debt owing.

Another decided case had it that garnishee proceedings are legitimate exercises of the right of a party to employ auxiliary methods to enforce the judgment obtained in his favour, and they are competent not-withstanding the pendency of a motion for stay of execution. It has also been decided in the past that the existence of an application, seeking for an order of stay of execution of a judgment does not preclude a judgment creditor from seeking to use Garnishee proceedings to enforce the judgment. Therefore, the contention of a respondent that an appellant is un-entitled to enforce a judgment in its favour to Garnishee Proceedings because the respondent filed an application for stay of execution is unsustainable.

It is not just the reputation of the NJC that is at stake here but much more. If a motion for stay of execution cannot stop the application of Garnishee Proceedings, then, her argument based on such decided cases, as is usually done in law, cannot be basis for the allegation of gross misconduct levelled against her really unless the NJC is being economical with the truth.

The initial appeal by Justice Olotu that the NJC should seek interpretation of Garnishee Proceedings and its applications, since it solely based its ruling of misconduct against her on it, is a challenge the body ought to have taken up in the interest of the Law, justice and its public image. This would have also saved the embattled Judge from appearing to be another Salami by making her appear to be pitting her interest against that of the Olympian Judicial body. But Justice Olotu has a name to protect and needs to fight to the bitter end. Yet, while the matter rages, it is the reputation of the Judiciary that is suffering.

As the last hope of the common man, the judiciary really needs to be shielded from such avoidable murky acrimony, which belittles it in public eye. The President can however intervene by reversing the decision and that way, save the Judicial Arm from itself and by so doing, shore up its suffering credibility.