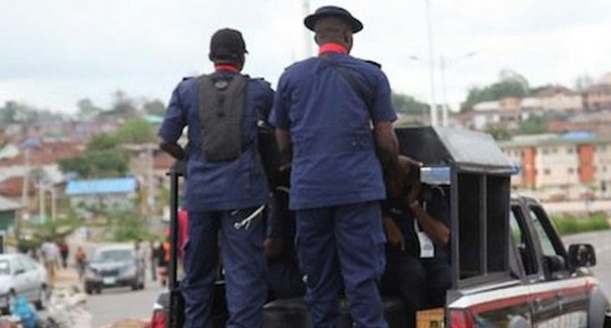 Spokesperson of the command, CSC Adamu Shehu, confirmed the arrest in a statement in Dutse on Friday.

Shehu said the suspect, a resident of Takai village in Jahun LGA, was arrested on Oct. 25.

He explained that the offence contravened section 96 and 320 and punishable under section 97 and 322 of the Penal Code law of the state.

The spokesperson added that the suspect was arrested after one Abdussalam Yau and two others lodged complaints about the suspect’s alleged stealing by trick to defraud them.

According to him, the victims alleged that the suspect conspired with other people only known to him, and collected the amount with a promise to supply them with farm implements and fertilisers at a discounted rate.

“They later realised that it was a deception and all efforts to retrieve their money proved difficult; they reported the matter at our Divisional Office in Jahun LGA,” the spokesperson said.

Shehu added that upon interrogation, the suspect confessed to have committed the offence and named four others, now at large as his accomplices.

“Efforts are being intensified to apprehend the four fleeing while the principal suspect already apprehended will be charged to court after all investigations are concluded,” shehu said.

Rufai Oseni reacts to Meghan Markle statement of being 45% Nigerian

Why heading could be banned from football for children under 12