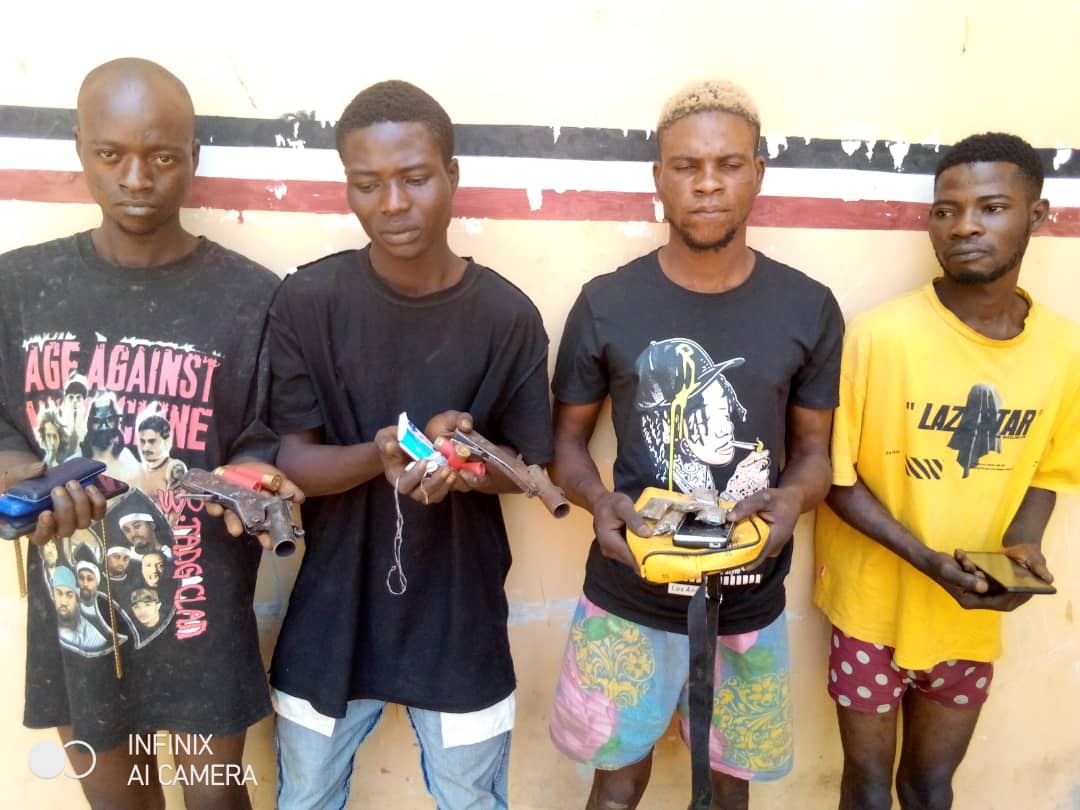 The Kwara State Command of the Nigeria Security and Civil Defence Corps have busted a gang of criminals at their hideout  at Rore, a suburb of Omu-Aran, Irepodun LGA.

The suspects are between 23 years and 33 years.

“On Thursday 10/02/2022, officers of the NSCDC in Omu Aran, who were acting on a tip-off busted hideouts of some criminal elements that have been terrorizing the area in recent time.

“During the time of their arrests, two locally made pistols, five live cartridges, packets of tramadol, local charms, Indian hemp, and six mobile phones were recovered from their hideouts,” Babawale said.

In their confession, one of the suspects, Olanrewaju Adesoye, who claimed to be a cobbler, admitted that the two guns and other items were recovered from them.

“Olanrewaju, however, denied knowing anything about the guns adding that one Sadiq Ariyo, who is still at large is the owner of the guns,” he said.

Commandant, Makinde Iskil Ayinla has ordered further investigations, and order a manhunts for the gangsters on the run.