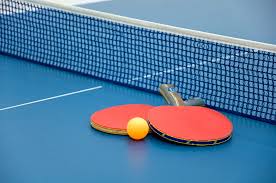 The support coupled with the unique atmosphere created by the Lagos fans continued to prompt top table tennis across the world to be willing to be part of the annual ITTF Challenge Nigeria Open,National Daily learnt.

Also, the President of Nigeria Table Tennis Federation (NTTF), Ishaku Tikon has lauded Governor Akinwunmi Ambode for his unflinching support at ensuring that the tournament continues to improve every year.

Chairman of the Local Organising Committee (LOC), Wahid Oshodi,  told National Daily that the tournament continues to receive accolades from the world table tennis ruling body while players across the globe are now eager to be part of the elite tournament in Africa.

He added that “There are many reasons that this tournament grows from year to year but I think firstly we must give kudos to the fans. The Nigeria table tennis fans are in different category and they are known by the foreign players by their support for table tennis. They inspire the players who come here. The inspiration the players get from the fans make them play better. Now people all over the world are asking what is happening in Lagos.

Oshodi who is the chairman of the ITTF Nomination Committee added: “This tournament actually started as collaboration between the NTTF and the Lagos state government with the Lagos International Sports Classics and it has grown to become ITTF jewel in Africa. We must give kudos to Governor Akinwunmi Ambode. The endorsement we received from government helps this tournament to grow from year to year and more importantly the love for sports from governors of Lagos state over the years for this tournament.

NTTF helmsman believes Lagos State has become a shining example for others to follow. “I will also urge other states to emulate Lagos because of the enormous support and we will continue to ask for more from Lagos. The more challenging, the competitive the tournament becomes, the more support we will need from the Lagos State government especially now that we have more countries coming in. The support of partners and sponsors has been unprecedented as well. We are also appreciative of the fact that their input has helped us to grow the tournament,” Tikon said.