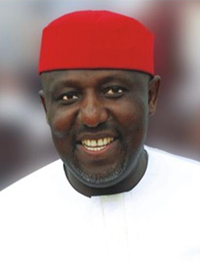 A group under the aegis of Izumunna Cultural Association in Jos, Plateau State, has said the five eastern governors that came together to fashion out ways in ending the agitation by some Igbo youths in actualizing the State of Biafra are not representing the entire Igbo nation on Biafra, saying that Ohaneze Ndigbo is properly positioned to do so.
According to the group, in a press statement signed by the President of the association, Chief Elvis Chukwu, it reads, “our attention has been drawn to a meeting held by the governors of the five south eastern states for the purpose of finding a solution to the agitation by a section of Igbo youths for the quest for the actualisation of the Sovereign State of Biafra.
We commend them for their initiative in finding a solution to this burning issue because the activities of the youths should be a collective concern of every citizen of the country given the ugly past of our country’s history from 1967 to 1970.
However it is the position of Izumunna that the governors of the five south eastern states might not have acted in the interest of the entire Igbo nation because Igboland extends far beyond the five eastern states to include states in the South-South zone and the Diaspora”.
The group stated that It is their considered view that the Apex Igbo socio- cultural organisation, Ohaneze Ndigbo is a representative of Ndigbo in Nigeria and the Diaspora because Igboland extends far beyond the five eastern states to include states in the South South zone and the Diaspora, therefore it is in their opinion that the governors should allow Ohaneze Ndigbo to handle this issue of agitation for sovereign state of Biafra on behalf of Ndigbo in Nigeria and the Diaspora as Ohaneze Ndigbo stands a better chance of negotiating and achieving better results.
However the group emphasised that their position should not be misconstrued to imply that the association does not recognise the views and position of the governors of the five eastern states on any burning issues, especially the one at hand, stating that fact remains that as politicians, the youths may be suspicious of them and may not listen to the governors.