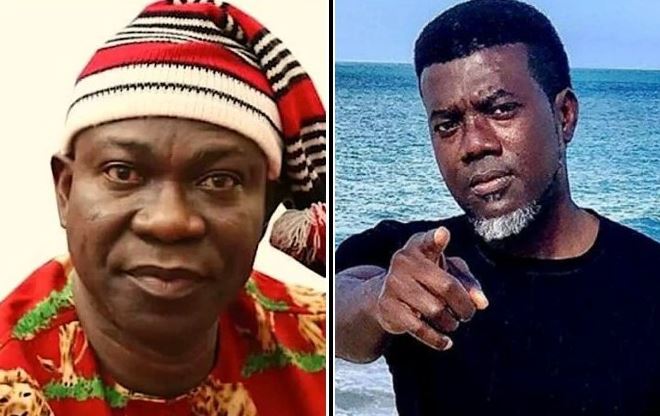 Reno Omokri, a human rights activist, has taken to his social media profile to react as Ike Ekweremadu and his wife Beatrice are being charged with transporting a kid to the United Kingdom for organ harvesting.

It is questionable whether those arrested are the former vice president of the Nigerian senate and his wife, but the description offered by UK police fits their profile.

In a statement confirming the arrests, the Metropolitan Police noted that the two suspects were charged in court on Thursday following an investigation by the force’s specialist crime section.

However the latest news has ignited so many unfavorable emotions from Nigerians, even while the allegation against the Chief and his wife hasn’t been confirmed yet.

Reacting to this, Reno Omokri stated: “As horrible as Abba Kyari is, his people stay behind him until he is found guilty.” In the US, Trump’s crowd stayed faithful to him no matter the charge. An accusation isn’t a conviction. I feel sad for this red-capped Chief. His own people are the ones already denouncing him!