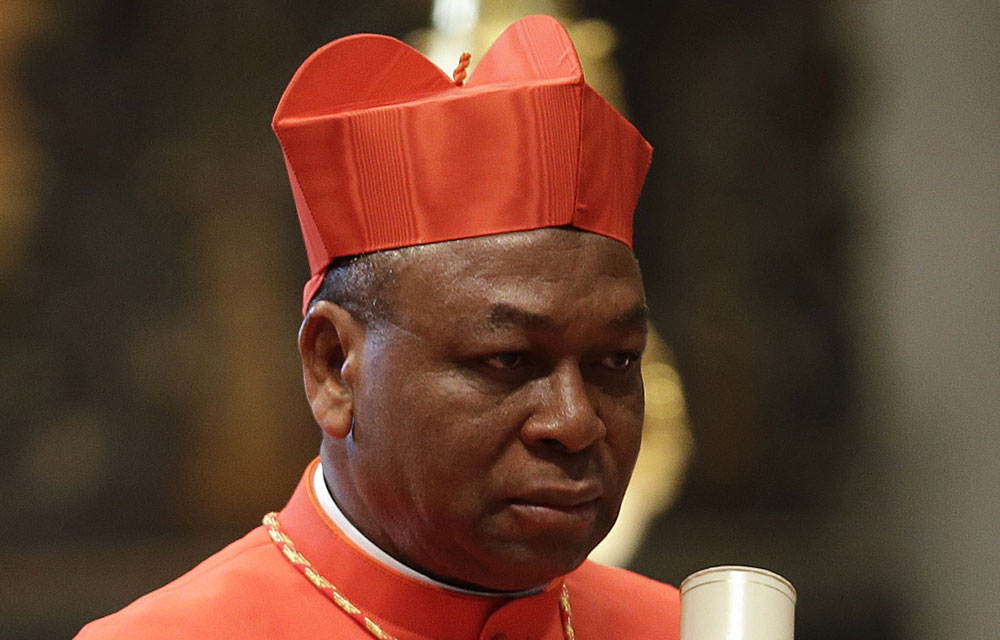 The Catholic Archbishop of Abuja, John Cardinal Onaiyekan on Friday urged the Federal Government to pardon those involved in money laundering if they were willing to return such funds.
Onaiyekan made the appeal at the St. Peter and Paul Catholic Church, Nyanya as part of his New Year message for the nation in Abuja.
He said that the best strategy to ensure the return of the monies would be an agreement with the people involved to have them return what they had stolen.
He said that the ongoing developments had shown that corruption could be eradicated over time, adding that the fight against fraudulent acts must be handled with care.
“It is okay to expose people and disgrace them, but that will not solve the problem.
“If we want our money back, we have to strategise so that the countries that are keeping our money can feel challenged to return them.
“The easiest way to get the money back is to convince them to go bring the money back, and then it will be easy.
“One way to convince people to bring stolen money back is to promise them that they will not be disgraced,’’ Onaiyekan said.
According to him, the amnesty is not like a plea bargain which only leads to the return of some stolen funds.
“This is different from plea bargain where you tell a person who stole hundred billion of naira to return fifty billion and be forgiven; that for me is not the right thing.
“If you have stolen hundred million and you are ready to bring back all, then we will leave you and not send you to jail, Nigeria can do that.’’
The cleric said that corruption was embedded in the Nigerian system, therefore, required a systemic change to reverse the situation.
Earlier, he also urged the government to swing into proper action in the New Year, for the fulfilment of all its campaign promises.
“The success of the party that won was built on a promise of change and will be in the spotlight of spectators in this New Year.
“We can say that from May till now, it has been a period of consolidating, making strategies and preparing.
“2016 will be a year that we will now begin to see exactly where we are going and how we are moving,” Onaiyekan said.
Onaiyekan said that the movement would include all the nation’s challenges in terms of security and anti-corruption campaign, “which is at the forefront of the country’’.
“We must find a way to discuss and negotiate the peace and tranquility of our nation,” he said