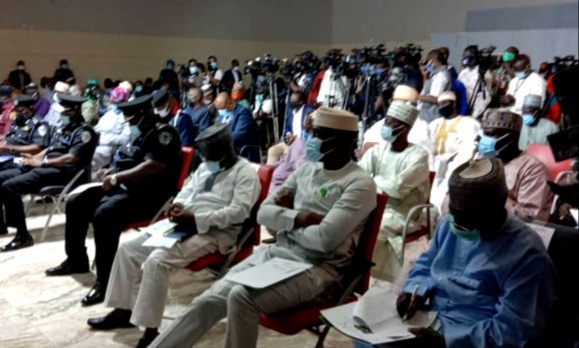 The governors of Kebbi, and Jigawa states on Monday dialogue with Governors of Ondo, Ekiti, Osun and Oyo, as well as the national leadership of Miyetti Allah Cattle Breeders Association (MACBAN), over the ultimatum issued by Governor Rotimi Akeredolu to Fulani herdsmen to vacate government reserves in the state. The meeting was held at the International Culture and Events Centre, Akure, Ondo State. The former Deputy Governor of Osun State, Iyiola Omisore, and police authorities were also at the meeting.

Governor Kayode Fayemi of Ekiti State and Chairman of the Nigerian Governors Forum (NGF) stated that the issues of crimes and criminality were basics of engagement with MACBAN on security, which precipitated the creation of alternative security network in the southwest – the Amotekun.

Fayemi emphasized that the meeting was convened by the Nigerian Governors Forum. He pointed out that the meeting was not planned but necessitated by the exigencies of the present challenges of insecurity in the country; saying that there was no eviction order to Fulani herdsmen in Ondo or any other state in the southwest.

Fayemi said that the Ondo Governor only directed that all herdsmen should register for them to operate in the state forest reserves.

The Ekiti governor was of the view that ethnic profiling has to stop, adding that all tribes in Nigeria are faced by the insecurity challenge. “Fulanis too are victims of crime such as cattle rustling,” he said.

Governor Rotimi Akeredolu of Ondo State had last week ordered herdsmen to vacate all forest reserves in the state within the next seven days.

The Governor issued the order via Twitter, explaining that the order had become imperative due to the increasing incident of kidnap in the state.

Akeredolu had declared: “These unfortunate incidents are traceable to the activities of some bad elements masquerading as herdsmen. These felons have turned our forest reserves into hideouts for keeping victims of kidnapping, negotiating for ransom, and carrying out other criminal activities.” 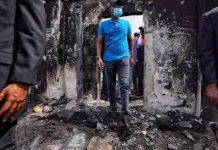 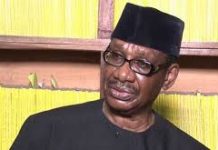