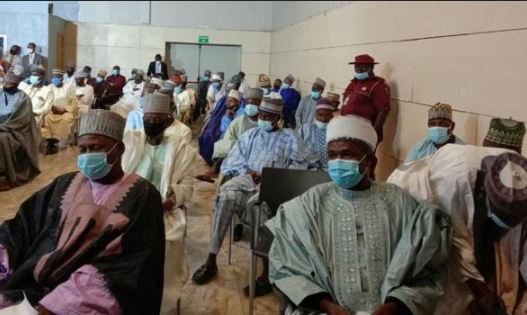 The National President of Miyetti Allah Cattle Breeders Association (MACBAN), Muhammadu Kirowa, at a peace building meeting in Akure, Ondo State, on Monday, explained that they are not criminals as is being attributed to them but that they are a peaceful and democratic group.

The National President of Miyetti Allah Cattle Breeders Association (MACBAN), Muhammadu Kirowa, represented at the meeting with the Governor of Ondo State, Rotimi Akeredolu SAN, by the National Secretary of the Association, Baba Uthman Ngelzama, which was also attended by the governors of Kebbi and Jigawa states from the northwest Nigeria, and the governors of Osun and Ekiti states in the southwest, appealed for peace, pointing out  that dialogue is key to ensuring peaceful coexistence.

He noted that poor management of the relationship between herders and farmers led to clashes recently recorded. Kirowa, decried that MACBAN members are worse affected by insecurity in the country where 10,000 have been killed and over 5000 cows rustled.

The MACBAN President reiterated that they are open to working with the government to combat all forms of criminality because they are a peaceful democratic association.

According to him, “All our state excos are to work with security outfits within the ambit of the law. We condemn all forms of criminality and will not condone such.”

The MACBAN  President conceded to the idea that night grazing must stop all over the country, saying that it is the major cause of conflicts between farmers and herders.

The meeting was to dialogue on the quit order issued to the herdsmen by Governor Akeredolu last week which elapsed at the weekend.