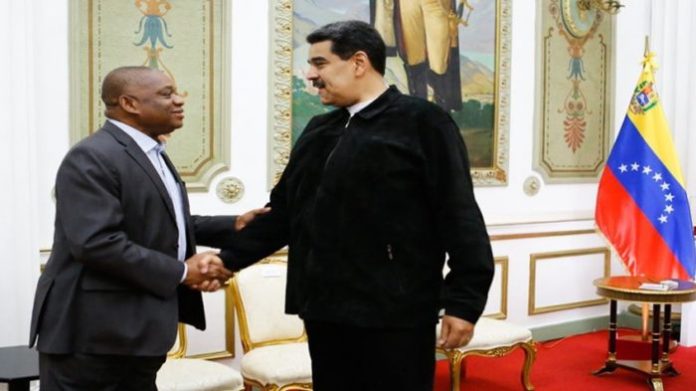 Former Gov. Orji Uzor Kalu was in Caracass, Venezuela, on Monday to seal an oil deal with President Nicolás Maduro

The senator-elect was there for his business interest–especially for Slok Holdings, his company with interests in shipping, oil and gas, and banking.

But, according to Globovision.com, Orji discussed with his host issues between Nigeria and Venezuela, both members of Organisation of Petroleum Exporting Countries(OPEC).

They also discussed matters of mutual interest in the gas and oil area, as well as the existing alliances through the Movement of Non-Aligned Countries to strengthen the Diplomacy of Peace with the peoples of the world, especially with Africa.

The executive vice president, Delcy Rodríguez, wife of Maduro, Cilia Flores and the deputy minister for Africa, Yuri Pimentel, were all present at the meeting.

Venezuela is reeling in pains after the US sanctioned it to make Maduro leave office for opposition leader Juan Guaido who is head of Parliament.