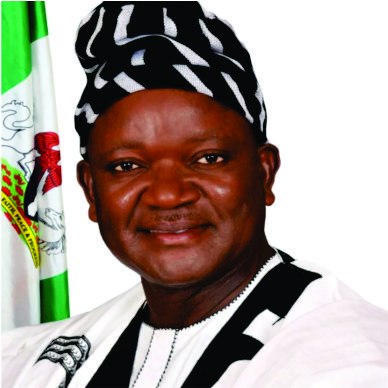 Contrary to speculations that Benue State Governor, Samuel Ortom, was at loggerheads with the late Tor Tiv, Dr. Alfred Torkula, before his demise, the governor has said that he reconciled with his royal father before his death.

Ortom, who made the clarification during a prayer pilgrimage for peace organised by the Catholic Dioceses of Makurdi, Gboko and Katsina-Ala, held at the St. John the Baptist Cathedral in Gboko, stated that after his encounter with the paramount ruler shortly on his assumption of office, he requested permission from the paramount ruler who in turn summoned second class traditional rulers in Tivland and reconciled with them as well.

He stated that at the meeting, he requested those involved to draw a line to forget the past and start afresh with the undertaking that traditional rulers would henceforth disengage from partisan politics.

The governor said the reconciliation was expedient because the land needed repentance, forgiveness, reconciliation and restitution as the people desire peace and desire integration with one another.

Also speaking at the event, leader of the All Progressives Congress (APC) in Benue State and senator representing Benue North-West District, Dr. George Akume, enjoined traditional rulers and the clergymen to shun partisanship and be neutral so that they could play advisory and conciliatory roles.