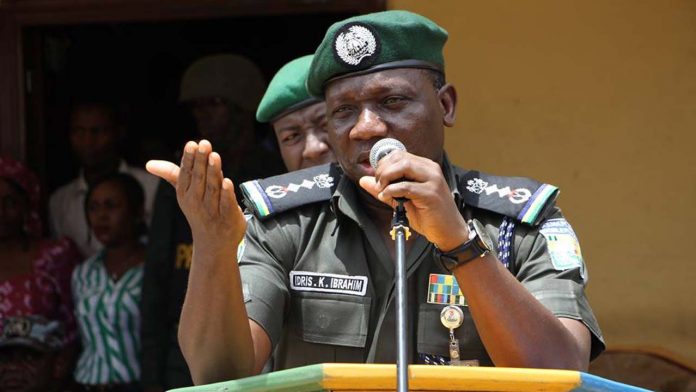 The wife of Late Chief Imam of the Yoruba Community in Kwajafa, Biu local government area of Borno State, Alhaji Olubunmi E. Sharafadeen, Alhaja Sikirat Olubunmi has cried out that some people are after her life.

Narrating her ordeal to Journalists in Lagos, Sikirat said her travails started when the PDP decided to reward her son, Oludayo Olubunmi with the party’s councillorship ticket due to her husband’s goodwill and contribution to the party before he was killed.

She said while the party elders insisted on giving him the ticket, others who opposed the idea resulted to threatening the life of the family

“My daughter was kidnapped in Lagos by suspected political thugs, and when we reported the matter to the Police. They promised to investigate. I mentioned Lateef Ija, a popular political thug as the ring leader and a suspect.”

She said for months, the whereabouts of her daughter remained unknown until recently when her body was discovered by local fishermen in Ikorodu floating in the Lagoon.

According to her, the life of her son oludayo has been under threat by these faceless people, threatening to send him to where her late husband, Alhaji Olubunmi  E. Sharafadeen was sent to in 2015.

He was killed along with many of his family members and other natives during a violent raid on their community by the Boko-Haram terrorist group in 2015. His wife, Alhaja Sikirat Olubunmi and daughter Modupe Olubunmi narrowly escaped being killed along with the father in the raid and subsequently moved to the IDP camp in Bornu before relocating to Lagos in 2016.

Alhaja Sikirat Olubunmi said the whereabouts of her son, Oludayo, a member of the civilian joint tax force combating the menace of the dreaded Boko-Haram remained unknown as she speaks.

She therefore called on the Police to expedite actions on fishing out those behind the kidnapping and killing of her daughter Modupe.

Speaking on the matter, a Police officer attached to the Igbogbo Police Station in Ikorodu who craved anonymity said the case was actually reported to the Police and necessary actions are being taken.

“It’s quite a pity that a family which had suffered so much in Maiduguri, a foreign land will still come to their home state and still face such a calamity. But the thing is politics here is violent. I have spoken with the wife of late Alhaji Olubunmi. We will continue to investigate the matter and do our best to bring those evil people to book,” he said.