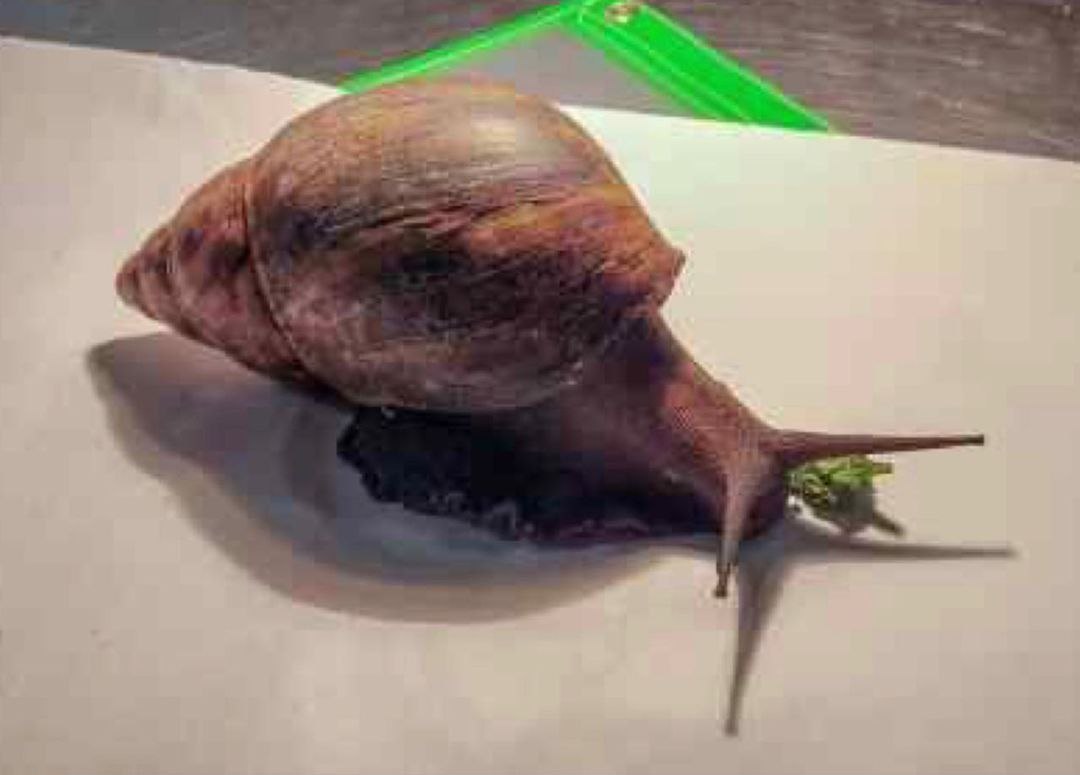 According to a press release on the CBP’s website, the snail was found on November 8 courtesy an alert raised by a security dog – CBP Beagle “MOX” – to a traveler’s bag after arriving on a flight from Nigeria.

It is reported that apart from the live Giant African Snail, prohibited items such as goat meat, cow skins, melon seeds, and vegetables were found in the traveling bag.

According to the U.S. Department of Agriculture (USDA), the Giant African Snail (GAS), is one of the most damaging snails in the world because it consumes at least 500 types of plants.

It is said that it threatens U.S. agricultural resources and causes extensive damage to tropical and sub-tropical environments.