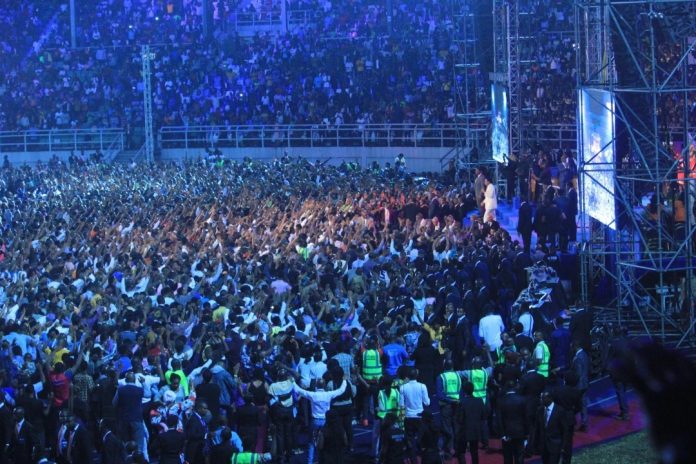 The Man of God’s entry into the Adokie Amiesiemaka Stadium was greeted by rapturous ovation of thousands of participants as he led the congregation in worship sessions and ministrations sparked by his rendition of “The Old Rugged Cross”.

Pastor Chris then expounded John 3:16—about eternal life for believers. 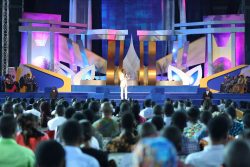 According to him, the portion of the Scripture was the sovereign declaration of Almighty God separating those who believe from destruction, waste, failure and damnation.

He also differentiated between everlasting and eternal, saying when God makes someone eternal He imparts that one with everlasting life, although that man has a beginning.

The conference which began Friday will continue through Sunday in the Garden City.

And the three days will be packed with teaching by Pastor Chris who will be expanding, revealing, illuminating and renewing Christians’ understanding of God and the Christian life. 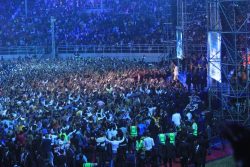 “It will be a time of power, purpose and plenty in the Holy Ghost. Many will be ushered into a higher realm of glory in Christ Jesus, where all things are possible,” said the programme’s Organizing Committee Chairman, Pastor Amaechi Udeaku.
Share this on WhatsApp