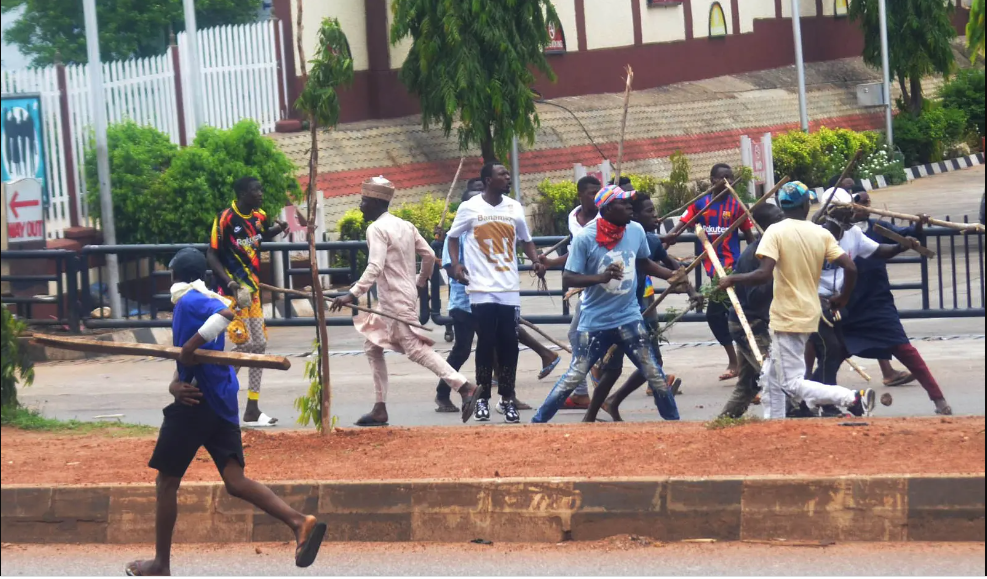 The party in a statement by its National Publicity Secretary, Debo Ologunagba in Abuja on Monday, described it as unprovoked attack which was reprehensible.

Ologunagba said the aim of the perpetrator was to frustrate the PDP presidential rally, trigger tension, violence and cause bloodletting in Kaduna State.

“This is contrary to the undertaking in the Peace Accord signed by political parties on Sept. 28 by presidential candidates.

“The attack today must give well-meaning Nigerians concern as some report allege that the vicious assault on the PDP Presidential Campaign was spearheaded by a governorship candidate in Kaduna State,” he said.

Ologunagba said that those behind the attack were intimidated by Atiku Abubakar’s popularity and acceptance among majority of Nigerians.

“In any case, our party is undeterred by such cowardly attack as Nigerians are already connected with our issue-based campaign and Abubakar’s message of hope which is already resonating throughout the nooks and crannies of our country.

“The PDP salutes the courage displayed by the people of Kaduna State in coming out enmasse to resist and overwhelm the party response for the attack and its agents.

“We salute the people’s efforts in ensuring the success of the PDP Rally, reinforce their support for Abubakar and re-emphasise the fact that Kaduna State is home to PDP, which gave Abubakar the highest votes in the 2019 Presidential election.

“These desperate elements should be reminded that from history, the people of Kaduna has never been cowed or subjugated and cannot now especially in their present resolve to vote in Abubakar as the next President of Nigeria.”

Ologunagba added that the PDP acknowledged the massive inflow of new members into PDP, especially from the All Progressives Party (APC) in Kaduna State and throughout the country

“Kaduna is a melting pot state and such inflow into the PDP denotes the confidence and trust Nigerians, irrespective of ethnicity, religion and political affiliation, repose in Abubakar as the next President of Nigeria,” he said.

What First time Ballon d’Or winner Benzema had to say