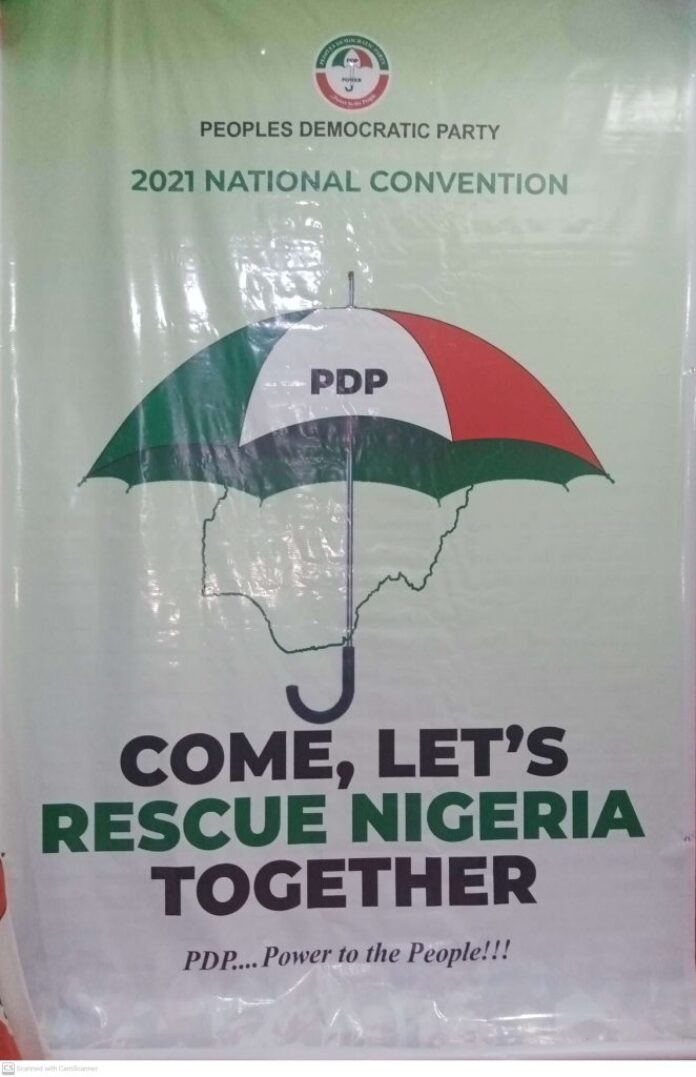 The Peoples Democratic Party (PDP) has revealed its logo and promotional materials for the 2021 National Convention holding in Abuja on October 30 and 31.

The party in finalizing the preparations for the National Convention next week, endorsed 27 candidates for the various positions in the National Working Committee (NWC), and disqualifying three for instituting legal actions in court against the party.

The PDP Convention Screening Committee had cleared 27 candidates during the screening process, and disqualified three others, while one candidate stepped down from the race.

Chairman of the PDP Convention Organising Committee, Governor Ahmadu Fintiri of Adamawa State, had on Thursday at the PDP headquarters, Abuja, said that the PDP screening committee led by a former Minister of Justice and Attorney-General of the Federation (AGF), Mohammed Adoke, has submitted its report.

In all, 33 candidates were screened by the committee.

The PDP, unveiling the logo and promotional materials for the 2021 National Convention – Come, let’s rescue Nigeria together –  designed it with an umbrella providing cover for a sketch of the Nigerian map.

Meanwhile, PDP structures across the country had held zonal consultations and adopted consensus candidates for the various NWC position from the national chairman, national secretary, to others, ready the national convention. The arrangement reduced pressures on PDP members sponsoring many candidates from same zone for one position.