The third runner-up in the just-concluded governorship primaries of the People’s Democratic Party (PDP) in Bayelsa State, Keniebi Okoko, has conceded defeat to support the party and its candidate, Senator Douye Diri.

Okoko, a businessman and philanthropist, who scored 142 votes at the primaries, said in a statement in Yenagoa, that his motive of joining the race was to make a huge difference in the lives of the people.

He said though things had yet to work as he planned them, the development was a temporary setback in his quest to make Bayelsa 21st century compliant and forward-looking state.

Promising to remain undeterred, Okoko said the PDP was greater than anybody adding that the interest of Bayelsa should be paramount at all times.

He thanked the Governor Darius Ishaku-led electoral committee for ensuring that the process was largely transparent saying he harboured no bitterness against anybody.

He said: “Though things have not worked as planned, we see this as a temporary setback in our quest to truly make Bayelsa a 21st century compliant, forward-looking state which will be the envy of other states. We remain undeterred in this pursuit.

“We also are cognizant of the fact that our great party, the PDP is greater than any individual and the interest of Bayelsa should be paramount at all times, no matter what anybody feels.

“We may not have achieved our goal in the short term, but we are certainly not downcast. We have drawn a lot from the lessons learnt.

“Being relatively new in politics, I can in all modesty state that my team and I haven’t done badly, coming third in the race before far more experienced people in the politics of Bayelsa.

“I want to thank the people of Bayelsa for their unwavering support and steadfast love and prayers throughout this process. Let me say that I do not take for granted the sacrifice made by my teeming supporters who were there in the rain and in the sun to ensure we emerged victorious.

“Also deserving of commendation is the former President of Nigeria, Dr Goodluck Jonathan, who played the role of a father throughout the entire process. Same can be said of the governor of our great state, Hon. Seriake Dickson”.

Okoko added: “The future is still ahead of us and in the deepest recesses of my heart, I believe it looks even brighter than anyone can ever imagine.

“Therefore, after due consultations with my team, I have formally visited the winner, Senator Diri to personally congratulate him on his victory. I have also been in touch with my brother, Chief Timi Alaibe.

“In this regard, I have decided to fully support the winner of the PDP Primaries, Senator Diri in the interest of Bayelsa and the PDP and to work for his victory in the November 16 governorship election. We cannot afford to lose this state to the opposition.” 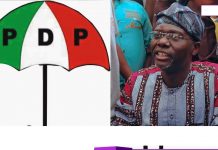 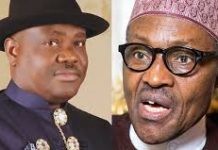