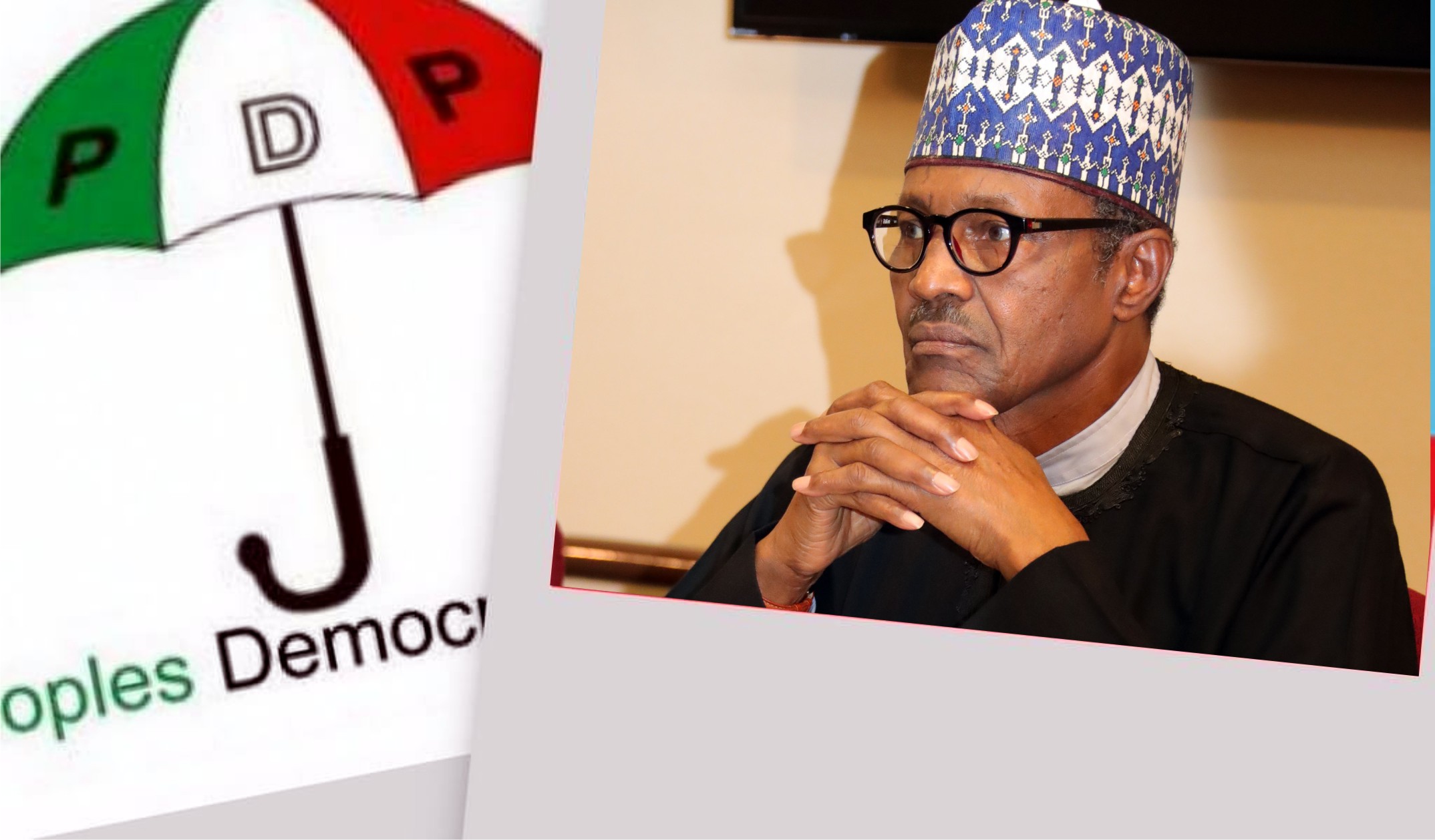 The Peoples’ Democratic Party (PDP), says the magnificent failures of the Muhammadu Buhari Presidency is why Nigerians are not ready to discuss any tenure elongation for the administration.

This was in reaction to the statement credited to the National Publicity Secretary of the All Progressives Congress, Lanre Issa-Onilu and Shehu Garba, media aide to President Muhammadu Buhari, saying that opposition was dead in the country.

National Publicity Secretary, Mr. Kola Ologbondiyan, during a media briefing in Abuja on Sunday said it was untrue that opposition was missing or dead in Nigeria, adding that such claim was a figment of their imagination.

“The Buhari presidency came out to claim that there are agitators for a third term. We quickly pointed it out to them that there are no agitators; rather, if there is anything, it is the Buhari Presidency who is bringing the third term to the issue of national discourse,” he said.

“From there, they have moved to the issue of one-party state and bringing it to national discourse. Even that is totally unacceptable to us and I want those who are advising the President on this issue to back off.

“As they came out to claim that the major opposition party is dead, we want to state clearly that our party is the consensus political party of the majority of Nigerians and our party, after a long journey of overhauling, has become the centre for seeking for power and good governance in our nation.

“The PDP does not contain certificate forgers; it is not a party of people who are contrivers.

“Our political party is relating directly with Nigerian people and we are working assiduously to make sure that democratic tenets of our nation is not only entrenched but seen to be entrenched in our nation.”

He added, “As we do not have space to respond to the gimmicks of former democrats who went around the nation and brought a despot into a democratic order, so also do we have no space to engage in verbal discussion with characters who are known to be pillaging and stealing directly from the patrimony of our nation.

“As such, we are not going to respond to the innuendos such characters are bandying.

“The PDP remains the bastion of democracy in our nation. PDP is in the Supreme Court to ensure that the mandate which was given to Atiku and has been stolen is restored to us.”

Share this on WhatsApp
Related Topics:President Muhammadu Buharithird term plot
Up Next

See how much our leaders stole from Nigeria Independence – Report