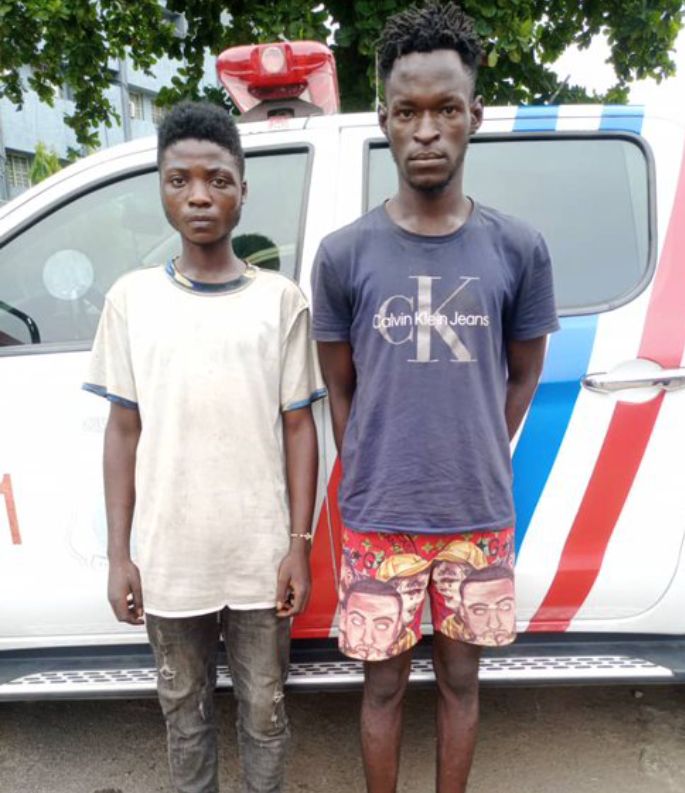 Operatives of the Police Rapid Response Squad (RRS) have arrested two suspected armed robbers who allegedly attack pedestrians at the Ketu bridge on the Lagos-Ibadan Expressway.

This is contained in a statement posted on Friday on RRS official Twitter handle monitored by the News Agency of Nigeria.

It identified the arrested suspects as Victor Stephen, 23 and Sunday Michael, 20.

The statement said that the suspects, who were notorious for attacking and dispossessing pedestrians of their valuables, were arrested on Friday.

“They were both arrested around 5:20 a.m. today on the Alausa-Ketu pedestrian Bridge on the Lagos-Ibadan Expressway.

“The duo were known for waylaying early users of the bridge.

“They were chasing an early user of the pedestrian bridge when they ran into the hands of RRS bike riders stationed by the bridge,” it stated.

Share this on WhatsApp
Related Topics:2 armed robbersArrestLagosPolice
Up Next