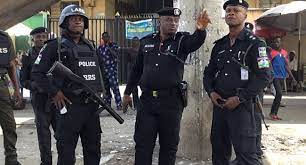 The Police have disclosed the arrest of two suppliers of petrol to bandits operating in Dankurmi forest in Zamfara State, North-West Nigeria, the police also said that a terrorist was also arrested in the operation.

The PPRO narrated  explained that at about 4.00am on September 25, Police Tactical Operatives during midnight patrol in Gusau, acted on intelligence and tracked the vehicle where they arrested the driver, one Surajo Yahaya at a petrol station along Garejin Mailena-Wanke Road.

He stated that intelligence revealed that the vehicle was loaded with empty jerry cans and were received by the security guard of the filling station named Bello Abubakar which were meant for taking fuel and conveying same to terrorists at Dankurmi forest for their deadly operations.

The statement indicated that a search was conducted in the filling station which led to the recovering of 47 empty jerry cans of 25 litres.

Peter Obi far ahead of Tinubu, Atiku, Ezekwesili explains why