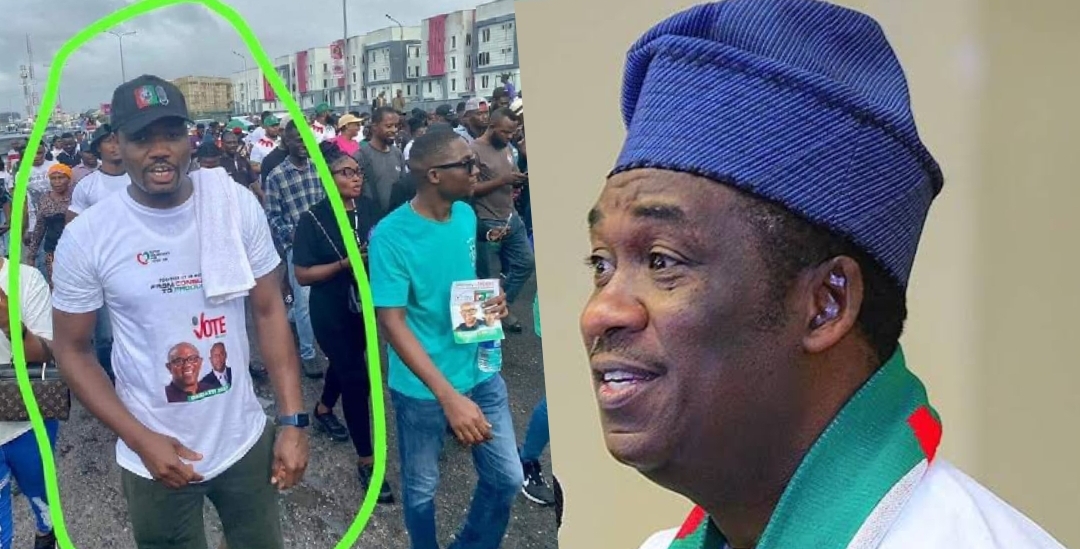 The Lagos State Deputy Governor, Dr. Obafemi Hamzat, has debunked media reports that one of his sons has dumped the ruling All Progressives Congress and pitched his tent with the Labour Party.

The stern warning from the deputy governor comes after a purported picture of Hamzat’s son at a Labour Party rally went viral on the Nigerian internet space.

In a statement released by the deputy governor’s Senior Special Assistant on Media, Mr Tunde Alao on Sunday in Lagos, Hamzat, emphasised that the young man in the purported picture is neither his son nor relative.

The deputy governor further stated that he has a reputation of commitment and loyalty to the Sanwo-Olu led administration and the All Progressives Congress.”

The statement read, “For the avoidance of doubt, the gentleman in the displayed photograph is neither the deputy governor’s son nor his relative.”

The statement also noted that the picture circulating online is ‘another malicious attempt to cause friction between him and his admirers.’

“The viral message is another mischievous, false and malicious attempt to cause friction between the deputy governor and his admirers and loyalists across the nation.

“Dr. Hamzat has a reputation of commitment and loyalty to the Sanwo-Olu-led administration and the All Progressives Congress. His support is for Asiwaju Bola Ahmed Tinubu and Senator Kashim Shettima.

“Our party and all our supporters are working hard to ensure that our candidates get the votes of Nigerians and ours is not about bogus statistics and lies.”

He further advised the supporters of the Labour Party to get serious with their campaigns and desist from cheap tactics that would not yield any political gains.

“We hope that Nigerians will detect these tendencies to deceive and see it for what it is. It is too late in the day to keep lying to Nigerians. It won’t work.” the statement read.