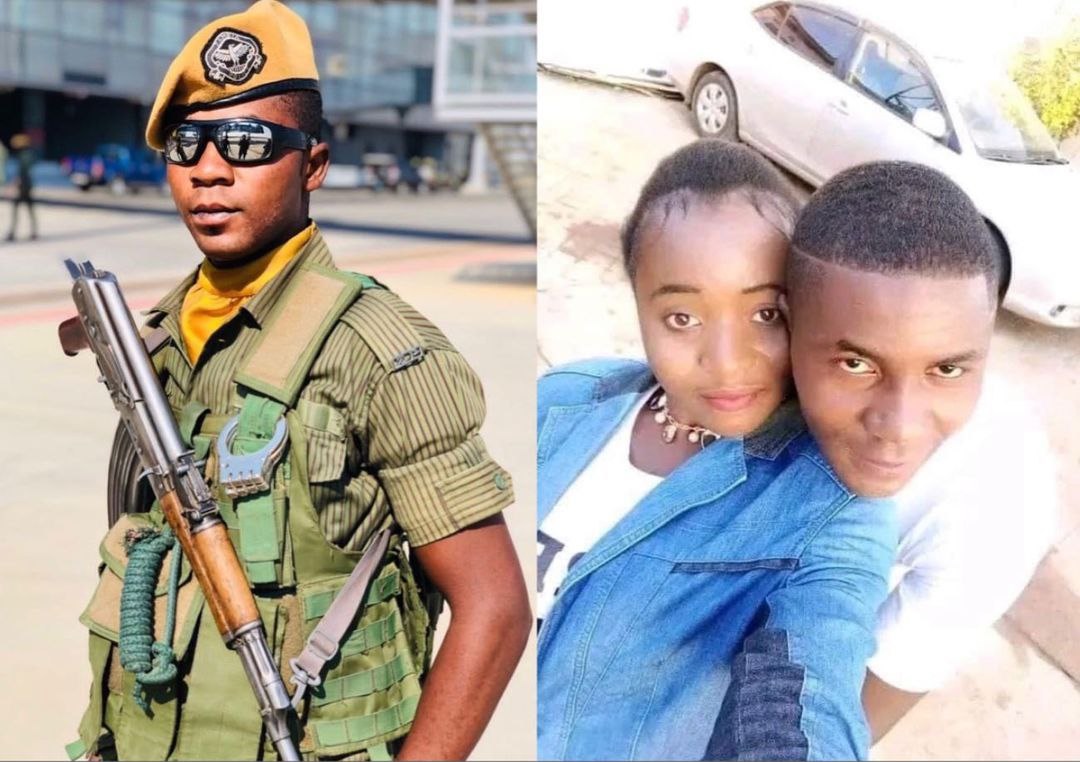 A 29-year-old Zambian police officer identified as Albert Kamasumba, killed his estranged wife, Deborah Kasakula before shooting himself dead after he learnt that she was getting married to someone else

The incident was said to have occurred on September 20, 2022 in Ndola. According to local media, another version of the report said Deborah left the police officer because she was tired of constant ab¥se. The couple had separated for some months & Deborah had gone back to her parents in Ndola’s Kawama Township

After learning that she wanted to marry another man in Kitwe, he went on rampage and shot her & another family member said to be her sister. “It is alleged that after knocking off from work today, the officer went to his wife’s house in Kawama & shoot her & her sister then later  ran to Pamodzi Community Police Post where he shot himself outside,” one officer told the media.