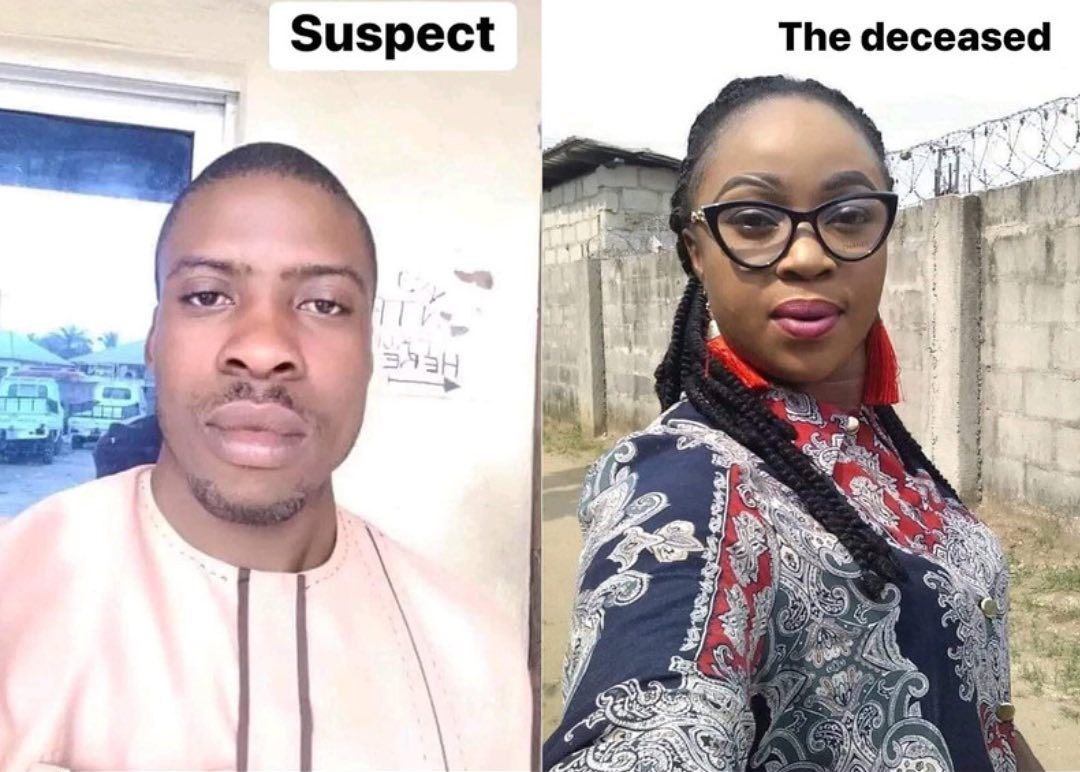 A lady identified as Uwakfon Sunday Akpan has passed on after she was allegedly killed by her live-in boyfriend, Godwin in her apartment in Akwa Ibom State

It is reported that she was murdered on Tuesday, September 13. A report by human rights activist, Levite Akpan said, “The deceased is my cousin

On Tuesday, as early as 5am, my mom got a call from my cousin’s number thinking it was her that was calling. When my mum picked the call, she noticed it was a male voice. Then, the guy told my mom that Uwakfon had passed on. My mum thought it was a joke. She called the line severally until he revealed that Uwakfon was sick and had complained about having headaches. He said he gave her paracetamol & left for church only to return to meet her dead

Some relatives went to my cousin’s house & found her lifeless body with wounds all over and her neck broken. We quickly invited the police & Godwin was arrested.