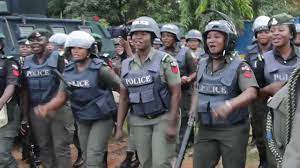 The Kwara Police Command on Wednesday disclosed the rescue of a woman and her son kidnapped by bandits, in a search and rescue operation by the tactical teams of the state police, assisted by local vigilante and hunters.

The Police Public Relations Officer (PPRO) of the Kwara State command, SP Okasanmi Ajayi, in a statement in Ilorin on Wednesday, indicated that “on September 13, at about 11:20 p.m., a kidnap occurred in Shao, where one Afusat Lawal and her son, Taofeek Lawal, were abducted and carried away.”

The PPRO said that the rescue team confronted the kidnappers in the bush when they were sharing the ransom collected from the family of the victims.

He said that the kidnappers opened fire on the operatives immediately they sighted them approaching their location.

Ajayi said that in the exchange of fire, two of the kidnappers suffered gunshot injuries, were arrested and taken to the University of Ilorin Teaching Hospital, where they died.

According to him, “Consequently, their corpses were deposited in the hospital mortuary for autopsy.”

The PPRO said that exhibits recovered from the kidnappers include one Honda Accord Saloon Car with registration number, LAGOS GJ 52 LSR, one single barrel gun and an unspecified amount of money.

He said that effort had been intensified to get other fleeing members of the gang arrested for prosecution.

Ajayi confirmed that the rescued victims had reunited with their family after being certified medically stable.