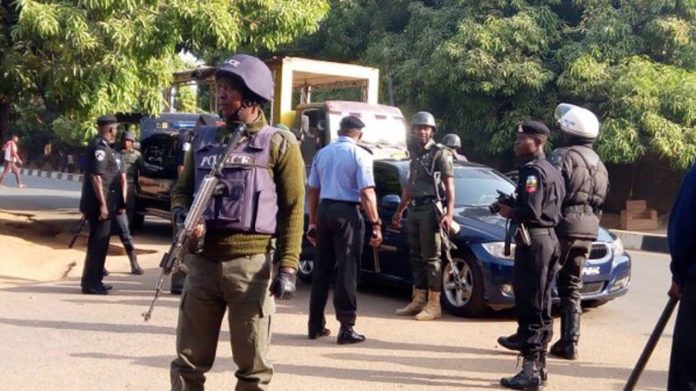 The police have rescued a woman, Hauwa Umaru and her daughter from their captors.
Heavily armed bandits on Sunday morning attacked a Divisional Police Station in Adamawa at 5 a.m. and also kidnapped the woman and her daughter from a nearby house.
This is contained in a statement issued by DSP Sulaiman Nguroje, Spokesperson of the police Command in the state on Tuesday in Yola.
”At about 22:00 hours on Tuesday, the kidnapped nursing mother, Hauwa Umaru and her daughter escaped from captivity unharmed.
”The victims are now undergoing medical checkup. The command will continue to prevent and dislodge kidnappers and other related criminals from their current operational spaces in the state,” Nguroje said.
He said the command would not allow the criminals and their collaborators to rest.
Nguroje called on the populace to provide useful and timely information to the Police and other security agencies in their joint tasks of safeguarding the state.