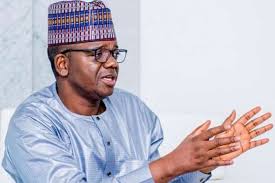 Governor Bello Matawalle of Zamfara State has said that politicians are allegedly recruiting Boko Haram elements in order to cause havoc in the state.

The governor made the revelation through his Director-General of Press Affairs, Yusuf Idris at a press briefing in Gusau on Monday.

He said the state government was in possession of information pointing to the notion that some politicians intended to destabilise the state.

He said, “The government is in possession of credible intelligence reports suggesting that some disgruntled politicians of the state are making clandestine moves to destabilize the state.”

Matawalle said that the politicians are collaborating with the terrorists “for sinister and personal gains.”

He said, that they are “Collaborating with dispersed elements of Boko Haram, to launch series of attacks on innocent and peace-loving people of the State in order to scuttle the relative peace being currently enjoyed as a result of the peace and dialogue process initiated by the present administration.

“According to the intelligence report, the cruel and mischievous elements have perfected plans to launch attacks in seven Local Government Areas of the state and in other strategic places within the state capital and that two important personalities of the state are also targeted for elimination should this dastardly act succeed.

“The targeted Local Governments include Gusau, the state capital, Tsafe, Talata Mafara, Anka, Zurmi, Maru and Maradun while the strategic places targeted are Gusau Central Mosque and Gusau army Mammy Market where soft targets are known to gather both at day and night.

“The Boko Haram elements were said to have been recruited from far and wide to carry out these heinous acts slated for between Monday 23rd September to 25th October 2019.”

The governor further said it became imperative to alert people of the state on the development to guard against panic and give an update on the government preparedness in collaboration with security agencies in arresting the situation.

He said already, security had been beefed up in all the identified flashpoints and areas while stop-and-search operations were being intensified in all parts of the state.

Matawalle appreciated the people’s goodwill to his administration and assured them that he would not be “deterred nor distracted by negative thinkers in his drive to improve the standard of living of the state and its people.”

The governor also thanked repentant bandits and members of Yansakai group for sustaining the peace process initiated by his administration which had brought peace in the state.

The News Agency of Nigeria reports that the state has been enjoying relative peace in the past two months with over 370 kidnap victims released willingly by their abductors.