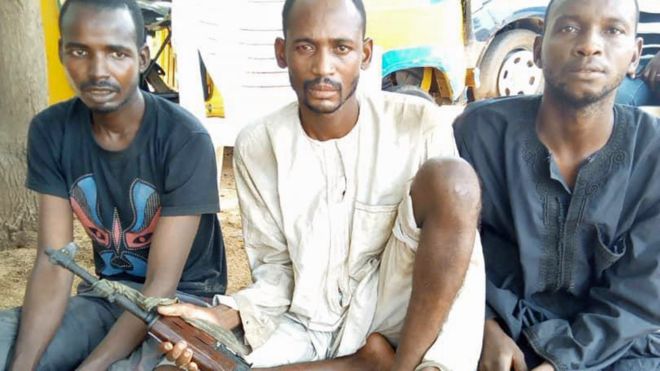 A relation of one of those abducted by the suspected Fulani bandits in Ajeoku Village in Osun State on Sunday, simply identified as Tunde has said those abducted were travellers heading towards Osogbo from Abuja.

Tunde said his relation, a lady was among those abducted and he had to visit the scene late Sunday.

He said that drivers in Ota Efun Park, Osogbo, upon being informed of the incident also visited the scene in Ajeoku.

According to him, four commercial buses heading towards Ota Efun Park in Osogbo from Abuja were stopped by the kidnappers and some passengers were abducted.

Tunde said that while nursing mothers, the elderly and children were freed, others were led into the bush by the gunmen.

The Osun State Coordinator of Oodua Peoples Congress, Prince Deji Aladesawe, told our correspondent that his men were in the bush working with the police to rescue those in the custody of the kidnappers.