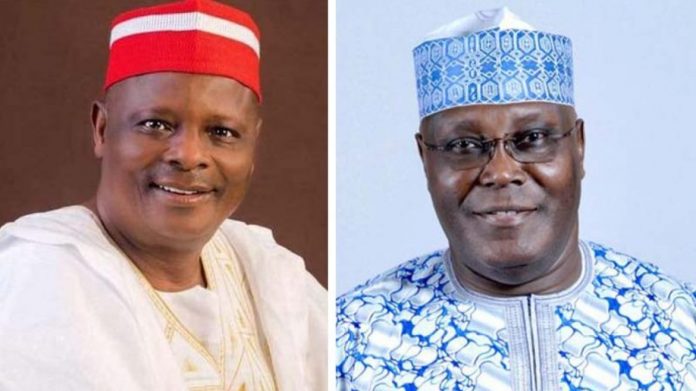 A renowned political activist in northern Nigeria, Buba Galadima, may have dumped former Vice President Abubakar Atiku in the preparations for the 2023 general elections, particularly, the presidential election. Galadima who was active in promoting the presidential ambition of Atiku in the 2019 elections, has shifted his support and alliance to former Governor Rabiu Musa Kwankwaso of Kano State.

Galadima was in the vanguard of the migration of the new Peoples Democratic Party (nPDP) from the mainstream PDP to the All Progressives Congress (APC) in 2014 in protest of the presidential candidature of former President Goodluck Jonathan in the 2015 general elections. Though, Galadima officially stayed back in the APC in 2015, he led a political movement that at last, supported Atiku as the PDP presidential candidate, after mass return of the majority nPDP members to the mainstream PDP.

In the build up to the 2023 general elections, Buba Galadima has shifted his support to former Governor Rabiu Kwankwaso for the presidential election.

Galadima speaking on Channels Television, monitored from Lagos, projected Kwankwaso as the presidential candidate that will take Nigeria to the promised land. He insisted that Kwankwaso, the presidential candidate of the New Nigeria Peoples Party (NNPP), is the best to succeed President Muhammadu Buhari in the 2023. He added that the former Kano Governor has records good performance in the past, including leadership foresight.

Galadima had highlighted: “We have done everything under the sun to make it work, it didn’t work. Now, we have somebody with the pedigree of performance, somebody with the foresight that can take us to the promised land. “Why not him?

“If the Queen will colonise Nigeria again and allow me to go to Kaduna freely, let it be.

“There are only two political parties in Nigeria today: NNPP and the rest. It is the winning party.

“It is 22 years old but reinvented two months ago. We’ve seen shivers across the spines of all those that you fear because they know that our candidate will be the next president of Nigeria, God willing.

“Senator Rabiu Musa Kwankwaso is the only politician in Nigeria that has got the CV that nobody has among all the flock that is running across the country.”