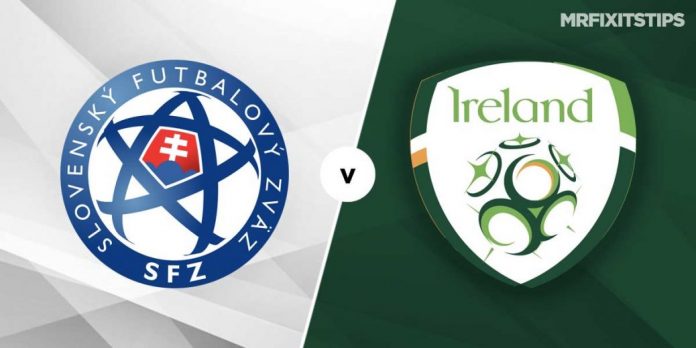 Share this on WhatsApp
By Ediale Kingsley
The big boys of Europe will slugg it out in their National Colors. And National Daily’s oracle has his pair of crystal balls on the table for this. Let’s go…
Republic of Ireland will take on Slovakia in Thursday’s qualifying playoff semi-final. It’s a one-legged tie and winner shall face either Bosnia-Herzegovina or Northern Ireland for a place in next summer’s rearranged Euro 2020 tournament.
Slovakia finished third in qualifying Group E, behind Croatia and Wales, while Ireland were third behind Switzerland and Denmark in Group D.
The visitors are now under new management. Stephen Kenny took over from Mick McCarthy ahead of schedule in April. The new boss started his reign with a 1-1 draw in Bulgaria through Shane Duffy’s 93rd-minute equaliser, before losing 1-0 at home to Finland – Fredrik Jensen netting the only goal.
It is now one win in six for Republic of Ireland, and even that victory came in a victory against minnows New Zealand before the coronavirus pandemic wreaked havoc on the calendar.
Slovakia have an identical record, though, with their solitary win over the past 13 months coming at home to Azerbaijan earlier in the qualifying campaign.
Pavel Hapal’s side most recently lost 3-1 at home to the Czech Republic and drew 1-1 at Israel in their opening round of 2020-21 UEFA Nations League matches.
The home side are winless in all five previous meetings with Ireland, although four of those games have finished all square.
Perhaps the biggest concern for Kenny is that his side have won only one of their last 11 away matches in all competitions – 1-0 against Gibraltar in March 2019.
With this match to be settled on the day, that is something Ireland will have to put right if they are to stay on course for another major tournament.
Slovakia are sweating on the availability of key man Stanislav Lobotka, who may be ruled out of this game following a coronavirus outbreak at Napoli last week.
Young striker Robert Bozenik, who plies his club trade for Feyenoord, has scored three goals in his last four appearances in European Championship qualifying.
Marek Hamsik is back involved, meanwhile, after coronavirus travelling restrictions blocked him from playing in September’s double-header.
Four of the previous five meetings between the sides have finished level, and they both enter this match with one win in five to their name.
Prediction: Straight draw. And we shouldn’t expect upto 3 goals in this match.
Share this on WhatsApp