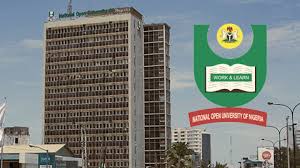 A public commentator and  social critics,comrade Philip Agbese has said that the leadership of Prof. Vincent Ado Tenebe as the Vice Chancellor for a university that that hitherto had less than 15,000 students enrolled prior to the Tenebe administration, has risen to over 300, 000, thereby bringing mass literacy to the hitherto un-reached and making NOUN the largest university in Africa and one of the world’s largest open universities.

He stated this while speaking to National Daily correspondent from United  Kingdom UK said with Prof. Tenebe on the saddle at NOUN, students under his tutelage would also imbibe his leadership qualities.

According to him “It is believed that they would leave NOUN with a positive perception about their country. They would know that corruption is a plaque to avoid, hence Tenebe, their Vice Chancellor, never exploited their innocence in exchange for the university degree they desired”.

“It is quite germane that a university administrator with such leadership drive and qualities be allowed more time to impact on his generation, especially as NOUN is a special university, outside of the conventional universities bond by a five-year single term”. He submitted.