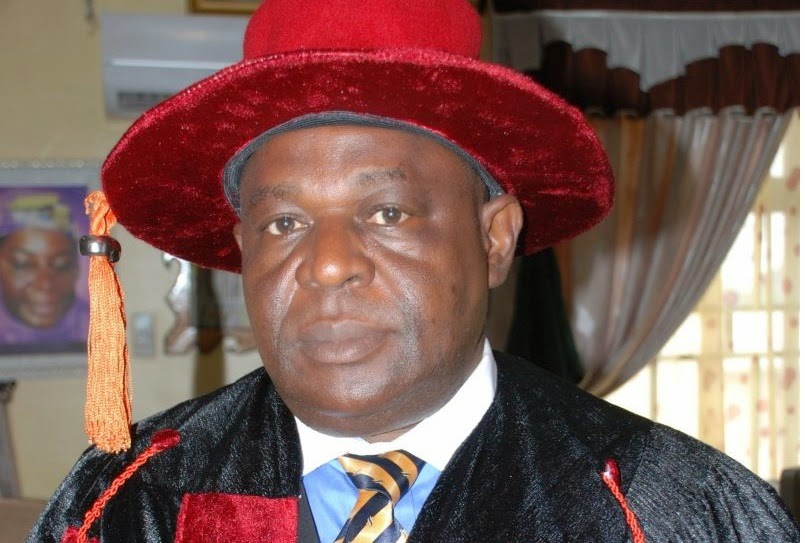 Share this on WhatsApp
Spread the love
The Rector of Federal Polytechnic, Oko, Anambra State, Prof. Godwin Onu, has urged lecturers of the institution to strive and obtain their doctoral degrees or be ready to lose their jobs.
Onu gave the order when the Obi of Onitsha, Igwe Alfred Achebe, visited the polytechnic to donate some of his works.
The rector said that already the polytechnic had 50 Ph.D holders who were aided by his administration.
He said that the polytechnic started from its inception as a College of Arts and Science to the time it was State Polytechnic and now a Federal Polytechnic.
Onu said that the institution was overcoming the challenges of dearth of infrastructure through prudent management.
He commended the Obi for his scholarly disposition, describing him as “one of the most educated monarchs of our time whom the polytechnic is proud to identify with’’.
He said Onitsha would benefit from the National Innovative Diploma programmes of the polytechnic, noting that the monarch’s books would enrich academics in the institution.
Achebe, who is also the Anambra State Chairman, Traditional Rulers’ Council, expressed satisfaction at the growth of the institution.
He said that some universities in the country did not have half of the polytechnic’s teaching staff with PhD degrees.
The monarch said the two set of the books entitled: “Onitsha in the millennium’’ and “a compilation of his speeches in the past 10 years of his enthronement’’ were sponsored by a new generation bank.
The traditional ruler commended the institution for the peaceful atmosphere on campus, which he said, had encouraged learning.
Mrs. Helen Oduntan, a representative of the National Board for Technical Education (NBTE), commended the monarch’s intellectual contributions to posterity.
Share this on WhatsApp
Related Topics:Anambra StateFederal Polytechnic OkoNBTEProf. Godwin Onu
Up Next