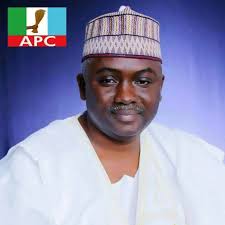 Mr Yusuf Buba, Member, Representing Hong/Gombi Federal Constituency, Adamawa, has expressed desire to vie for the position of speaker of the House Representatives, Yakubu Dogara in the ninth assembly.

Mr Nkem Anyata-Lafia, Director, Media and Publicity, Buba for Speaker Campaign Organisation (HYBYSCO 2019), made this known in a statement on Wednesday in Abuja.

According to Anyata-Lafia, Buba made the disclosure in Abuja when members of the Igbos for One Nigeria (IFON) paid him congratulatory visit over his electoral victory in the recently held National Assembly election.

Buba was quoted as expressing his desire to vie for the position of Speaker after the inauguration of the Ninth House of Representatives in June.

Buba also promised a more engaging and fruitful tenure for his constituents and all Nigerians, appreciating the people of his constituency for trusting him with another opportunity to continue with his laudable programmes.

He said that his agenda as Speaker would be an all-inclusive one, where he would merely be the first-among-equals.

He explained that everybody in the House would be carried along in the matters of the House.

Buba also called on the elected officers to deliver on their promises, adding that the trust and confidence reposed on them must be continuously reinforced in advancing the course of a progressive Nigeria.

He advised elected Members of the National Assembly to contribute to the development of the nation as government’s involvement was minimal.

He explained that the government would help to create an enabling environment for their initiatives as legislators to succeed.

“No matter what tribe, religion or Party you belong to in my constituency, I do not care. What is important is the impact we make on people who suffer pains inflicted by insurgency, poverty and unemployment.

“This is why as part of the Northeast, we are asking that the position of Speaker, House of Representatives be retained in our geopolitical zone by our party leadership and the entire country.

“As a member of the APC, I want to succeed my brother, Speaker Dogara, so that I can continue from where he stopped.

“In order to address the heightening cases of unemployment and youth restiveness in some parts of the country.

“Look at the Captain Buba Industrial Village, my personal initiative in Faci, a part of my constituency.

“When I came into the House, I used everything I made as a large-scale farmer and Real Estate Developer to pour into the project without support from anywhere.

“Today, we have graduated and empowered thousands of women and youths in Wielding and fabrication, computer science, networking, automobile mechanics, agriculture and general farming Techniques, farm inputs and feeds manufacturing and so on.

“Whenever we train, we equip with starter packs. It is no use having a barber or hair dresser without the accompanying equipment,’’ Buba said

The Lawmaker said that the nation needed to move forward and for that to be achieved, everyone must demonstrate commitment and focus.

Buba solicited for the prayers and support of the IFON, as he called on them to inform their representatives in the House to support him.

The IFON members, led by Ifeanyi Igbokwe, the National Secretary of the group, however, described Buba as a true Nigerian, who was always on the look-out for what would benefit the nation,

He said the group was highly convinced that with hard work and honest Nigerians, Buba at the helm of national affairs, Nigeria could only get better.