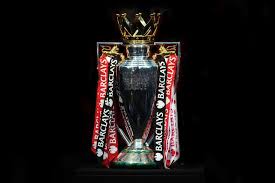 The English title race seems done and dusted as Liverpool comfortably sit at the apex of the log with a whopping 70 points out of the maximum 72 points with only one draw and 23 victories out of the  maximum 24 games played so far.

Liverpool comfortably sit 19 points away from their closest rivals

Liverpool only managed to drop two points in their game at the Old Trafford. This is undoubtedly a terrific feat that could not have come easy.

Last October when it was just eight games into the 2019/2020 season, the data analysts were safe to conclude that Liverpool will win the EPL title with Manchester City as runner up; Chelsea and Arsenal third and fourth respectively.

Meanwhile, National Daily figured that the forecast may not have been precisely on point today with Arsenal only managing to make the first half of the table; but Liverpool and Man City have made efforts to prove the analysts right.

Jurgen Klopp’s side have enjoyed an unbeaten run so far this season and are not by any means showing any signs of slowing down for now. The exploit has left many with the assertion that this season’s EPL title is only Liverpool’s to lose and it might appear unrealistic for anyone to think otherwise.

However, it has been revealed that Liverpool may still squander the opportunity to win their first EPL title after 30 years of patient wait to equal Manchester United record 19 EPL trophies. 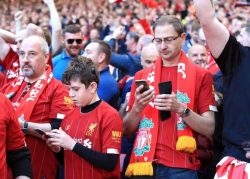 The above permutation many may conceive as unthinkable following Liverpool’s present form, but only one bad result can turn the screw against their favour.

Meanwhile, the world is patiently waiting to see Liverpool achieve their quest as they have successfully set the ball rolling.

Share this on WhatsApp
Related Topics:EPLLiverpool FCManchester City
Up Next

TRANSFERS: Anxiety in England as Barcelona plan a daring raid on the EPL teams for these top Brazilian stars before deadline