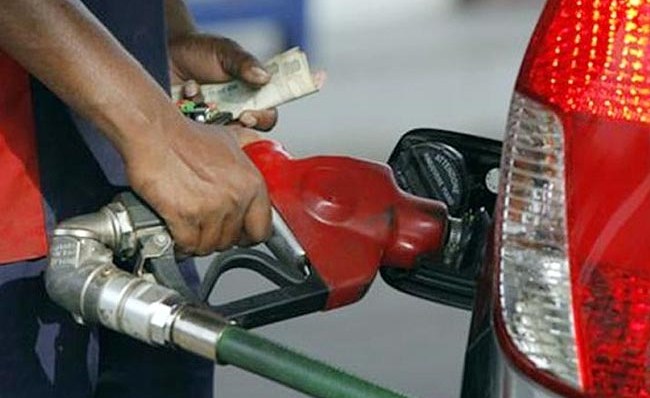 Next to insecurity in Nigeria today, the other issue that is causing persistent concern and anxiety to the Government is the retention (or removal) of fuel subsidy. Even the law of the land that stipulated the ending of fuel subsidy by mid-2022, had to be ‘suspended’ in the heat of the brouhaha and social upheavals generated by the import of the enactment. A section of the much-awaited Petroleum Industry Act (PIA) had provided for the ending of the controversial fuel subsidy regime by mid-2022. However, apparently intimidated by the socio-political implications of ‘unilaterally’ ending the subsidy regime—especially the confrontation by Organized Labour and its allies—the Federal Government buckled and backpedalled on the subsidy matter.

Also read: Hail to subsidy, our king of corruption and rot

Bereft of the political will to push through the fuel subsidy removal, the Federal Government claimed it was ‘going back’ to the National Assembly to propose an amendment of the PIA to make for some “18 months extension…for the implementation of the fuel subsidy removal”. PIA which made provision for deregulation of the oil and gas industry was to come into force in February 2022. And so, against the law and its will and fiscal plan, the Federal Government keeps dragging along the ‘fuel subsidy albatross’—apparently till the end of the current Administration in May 2023. Incidentally, over the recent years, fuel subsidy administration has remained opaque and indeed, a cesspool and drainpipe to scarce public funds.

Highlighting this scenario, a report earlier this year by SB Morgen Intelligence said the cost of fuel subsidy in Nigeria increased by a humongous 890 per cent between 2017 and 2021. In the report titled, “Growing Fuel Subsidy and Transport Costs: Which Way Forward, Nigeria?”, the research firm stated that the Nigerian National Petroleum Company Limited spent N144.53bn, N730.86bn and N551.22bn in 2017, 2018 and 2019 on petrol subsidy respectively. For 2020 and 2021 the national oil firm, the report said, spent N1.192tn and N1.428tn respectively. The total subsidy for the five-year period (217—2021) was therefore N4.045tn.

While these huge public funds have been literally ‘going down the drain’ over the years, the fuel subsidy has also been shrouded in controversy: its existence and form being questioned by not a few groups and stakeholders. Yet, fuel subsidy is a creation of the system—the wilful and persistence mismanagement of Nigeria’s oil refineries for decades—leading to their complete shutdown. The refineries, while they lasted, had guzzled billions of Dollars in the name of “upkeep”, and yet, could not produce any refined oil for domestic consumption. The refineries have a combined 445,000bpsd capacity. Port Harcourt refinery complex (old and new site) has 210,000bpsd, Warri has 125,000bpsd and Kaduna has 110,000bpsd capacity.

The collective failure of these refineries has forced the oil-rich Nigeria (the biggest oil producer/exporter in Africa), a key member of the Organization of Petroleum Exporting Countries (OPEC) to depend completely on imported refined petroleum products. Consequently but unfortunately, a huge chunk of crude oil export proceeds is being used to import the refined oil for domestic use; thus, obstructing the channelling of funds to many other critical social and economic needs for meaningful development. Ironically, as the prices of crude oil rise in the international market, the cost of refined products (being imported by Nigeria) correspondingly goes up. And the Government, in order not to further increase the penury and suffering of the citizenry, ‘absorbs’ part of the ‘landing cost’ of the imported refined products, before they are sold to the public. This ‘absorbed’ cost is the ever-present subsidy.

Today, as most oil producers and exporters around the world are experiencing some windfall arising from soaring oil prices (mainly as part of the effects of the ongoing Russia-Ukraine war), Nigeria is practically going through ‘gloom and doom’—battling with unfavourable fiscal profile—borrowing endlessly from all parts of the globe. Indeed, according data from the Nigerian National Petroleum Company Limited (NNPCL), by the end of the 2022 fiscal year, the Federal Government would have spent a whopping N12.05trillion since 2015 on refineries’ repairs and fuel subsidies. While N7.9trn is being spent on petrol subsidy, N4.15trn goes for maintaining and rehabilitating the refineries since 2015, according to the NNPCL. And for the 2022 fiscal year, the government has just approved N4trn budget. Out of this, the NNPCL had spent N675.9bn to subsidise petrol (so that the price remains at N165 per litre) for January to March 2022.

As the amount for fuel subsidy keeps rising, the International Monetary Fund (IMF) raises alarm that prolonged payment of petrol subsidy was already affecting Nigeria’s fiscal balance despite increased revenue inflow from rise in global oil price. In its latest Regional Economic Outlook for Sub-Saharan Africa titled: “A New Shock and Little Room to Manoeuvre,” the IMF said: “net commodity exporters can receive fiscal windfalls only if they contain subsidy expenditures. For example, some oil exporters like Nigeria provide expensive and generalised energy subsidies to the domestic population which could lead to a deterioration in fiscal balances despite the revenue increase associated with higher export prices.

“Therefore, removing generalised subsidies is crucial to ensure that the rise in commodity prices generates fiscal savings. It is then essential that these savings are directed largely to strengthening fiscal sustainability supported by strong governance frameworks, given the precarious conditions faced by many countries.” But really for Nigeria deductions (for fuel subsidy) by the Nigerian National Petroleum Company Limited from the Federation Account Allocation Committee has continued to deplete the funds available for sharing by the three tiers of government at FAAC meetings.

Reports show that since the beginning of 2022, the NNPCL has not been able to make remittances to the Federation Account due to its huge subsidy spending on petrol, estimated at N676 Billion in the first quarter 2022.The NNPCL remains the sole importer of petrol into Nigeria and has been subsidising the commodity to the tune of billions of naira monthly. It is therefore no longer able to contribute to FAAC; and so, the N725.57bn shared by the three tiers of government for March 2022 was from statutory revenue of N521.16bn and Value Added Tax of N204.4bn only.

As the fuel subsidy conundrum lingers, it unleashes more cash crunch on the Government, leading to more borrowings locally and/or externally. “And with limited International Financial Institutions (IFI) funding, fiscal financing for large implicit subsidy costs is likely to depend heavily on domestic sources, including overdrafts from the Central Bank of Nigeria. Thus, the recent re-emergence of implicit fuel subsidies has levied a considerable burden on the Nigeria’s fiscal position that could have been spent more effectively on pro-poor interventions,” according to the IMF.

Truly, Nigeria no longer has much ‘legroom’ in terms of more foreign loans. Even domestically, continued resort to more loans from the Central Bank of Nigeria (Ways and Means Advances) causes further fiscal distortions in the economy. It also restricts the space for the apex bank to apply its monetary policy and other interventions for meaningful economic progress. Already, the CBN’s outstanding overdrafts to the Government have hit about N16 trillion by end-March 2022. So, Nigeria, which way to go?