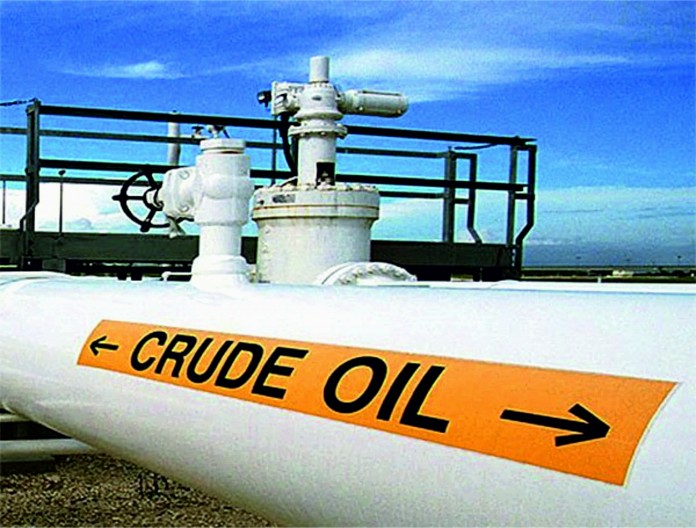 It would have been a welcomed development, the order by the President, Major General Muhammadu Buhari (rtd.), to the Minister of State for Petroleum Resources, Chief Timipre Sylva; the Group Managing Director of the Nigerian National Petroleum Company Limited, Mele Kyari; and the Chief of Defense Staff, General Lucky Irabor, to halt the worsening state of crude oil theft in the country with the urgency it deserves, but for a caveat that borders heavily on self deceit and looking away from where the real problem lies.

Who is the authentic and the statutorily empowered minister of Petroleum? Is it not President Buhari? When will Nigeria ever see this president leading from the frontline and taking responsibility for things going amok under his care? Is it the junior minister who at best has remained a career civil servant that will be at the fore to confront this menace that’s ruining the nation’s upstream efforts?

Is it true that the nation is losing over 95 per cent of its produced oil from the eastern Niger Delta to oil thieves? Who is telling us that the Bonny Export Terminal that should be receiving over 200,000 barrels of crude oil daily, instead now receives less than 3,000 barrels? Was it not the operator of the facility, the Anglo-Dutch oil giant, Shell when it declared force majeure on the companies Eastern operations?

Pathetically, the biggest victims in the narrative of narrowing down the loses to onshore trunklines to export facilities are our indigenous independent marginal producers because if a foreign IOC is saying for instance that if it send 200,000 barrels of oil to Bonny facility, only less than 3,000 barrels arrives there and over 197,000 barrels is lost in transit. It means almost all the volumes keyed-in into the operator’s trunklines by our indigenous producers will be written off by the major producers.

Frankly, narrowing the focus on onshore/swamp pipelines and wellheads is deceptive at best. Agreed that tapings by illegal refiners in the Niger Delta had seriously disrupted onshore production because of pipeline breaches, the bulk of what the nation loses on daily basis is from the offshore locations.

This is another area the government has to seriously look at because the accounting for the crude may be a dubious way of undercutting and/or outrightly undermining our indigenous producers who are now being forced to bear the brunt most.

Curiously, the Chief Executive, Nigeria Upstream Petroleum Regulatory Commission, Gbenga Komolafe, in reaction to the crude oil theft concerns, announced few days ago at a conference in Abuja that a panel had been set up to audit the activities of oil companies in the last two years to ascertain the actual volume of crude oil stolen by vandals. In effect, the figures and percentages of produced crude lost in transit to oil thieves as been dangled by Shell et’al are at best fictitious and at worst dubious.

If the regulators are just waking up to ascertain what was produced and the percentage lost in transit between the wells/oilfields and the export terminal in Bonny, that means the oil operators have been producing what they like and telling the government what they decide as our daily production figure from the fields.

Saying that Nigeria can produce about two million barrels of crude oil per day but is currently producing to the tune of 1.2 to 1.3 million due to the menace of oil theft, is a lie from the pit of hell.  Granted, Nigeria can pump up to 4 million or more barrels per day and it is strongly believed that the foreign operators are even hitting that mark with productions from the nation’s prolific offshore (deep and ultra deep) arena and contributions from the onshore fields. So the idea of marking down our daily production figure by the IOCs is as dubious as it criminal.

The question we should ask our President and Petroleum minister is: who supervises or rather monitors the Floating Production and Loading facilities that dot the nation’s offshore particularly the deep and ultra-deep arenas? Nobody should tell me the defunct DPR (now Upstream Regulatory Agency) does that because they don’t. Is it the same regulator (police). NAPIMS and the DSS that depend on the suspected criminals (foreign operators) to fly them to the facilities; house, feed and provide comfort for them, that’s expected to know and tell us what actually goes on in those facilities?

Reports indicate that crude oil thefts in 2021 reached 200,000 barrels per day – a quarter of onshore production – and currently about 500,000 bpd. This volume of crude cannot be what is being stolen by cooking drum illegal refiners in the Niger Delta? It is either the oil operators are not stating their case clearly or the media reported them wrongly from the Abuja confab.

Anyhow we look at it, there’s no way 500,000 barrels of crude oil can be stolen daily if the crime does not have high level official involvement both on the side of the oil operators and the government/security agencies.

As said by Sylva, “You the security also must be involved because you are the law enforcement arm of government. And, of course, we as part of the government must be involved. And then the third arm is the operating companies.

“All the elements are complete now, we are here as government, the security agencies are here, the foreign operating companies are here and, of course, we are going to the communities.”

Clearly speaking by the spirit, Timi Sylva gave us a manifest of all those we as concerned citizens of this country should stand up against if we are actually serious about halting this national embarrassment.

If we want to tackle the menace, we should closely watch those who were assigned to supervise/manage the nation’s oil resources; those supposedly sent to secure the oil facilities and the ogas that sent them from Abuja and Lagos. The pathetic situation Nigeria has found itself is that those whose responsibility it is to stop this menace are some of the big faces behind the mask and this is the truth.

Why should insecurity as said by Sylva be the biggest problem in Nigeria’s oil sector? With all the monies being spent by NIMASSA, the Navy and The Joint Military Taskforce (JTF), should we still be talking of insecurity of our oil facilities and produced oil in the offshore and onshore areas?

What has Operation Delta Safe achieved in the Niger Delta region if not that they have become a critical part of the problem? How do you explain that soldiers allegedly pay huge sums of money as lobby to be posted on the mission? You see their commanders living and looking like senators of the Federal Republic. So you no know say na oil money, abi!

Whether the government want to hear this or not, this is a massive international criminal operation and is now being extended into the communities as they’ve been dragged into it mainly on the onshore arena of the crime. The offshore arena is solely dedicated to the “big boys” and we need to tell ourselves the truth if we actually want to solve this problem.

And if we are serious about halting the ongoing massive crude oil theft in Nigeria, the government should do well to isolate the illegal tapings from onshore trunklines to the export facilities in Bonny, Brass and Forcados by illegal refiners from the massive criminal liftings of produced crude from the nation’s offshore platforms. With aggressive and targeted measures, the local taping of crude from pipelines can be curtailed if the security agencies would agree o.